The Drawing of Lots for the FIVB Volleyball Women’s World Championship Italy 2014 will take place on March 10 in Parma as announced at a meeting held Wednesday in Rome between the Organizing Committee and the host cities. 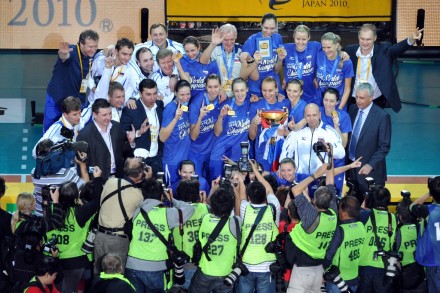 The Drawing of Lots will take place at the Teatro Farnese in the Italian city of Parma and will determine the make-up of the pools in the first round of this year’s tournament.

To date 16 teams have qualified for the FIVB Volleyball Women’s World Championship Italy 2014. Japan, China, Thailand and Kazakhstan have filled the four vacancies available to the Asian Confederation, while Brazil and Argentina took the two places available to South America.

The ten vacancies for the European countries were filled by the following: Italy (host country), Russia, Germany, Turkey, Bulgaria, Azerbaijan, Belgium, Croatia, Serbia, and the Netherlands. Only the African Confederation and NORCECA have yet to complete their qualification processes.

Italy will host the FIVB Volleyball Women’s World Championship for the first time ever.

GERIĆ BLOG: Other side of a medal (VIDEO)