Cuneo swept Piacenza and qualified for the league semi-finals, the seventh in a row. They will take on Macerata, where Game 1 will take place on Thursday. MVP: Leandro Vissotto. 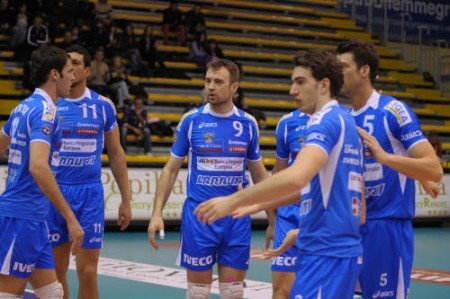 Wout Wijsmans (Bre Banca Lannutti Cuneo): “What mattered was the win and we did it. We have been good today, especially mentally, in the second and third set, which have been the most difficult ones. I have to say that this is the first time this year that we play at such a good level as a team. You could see the players were ready to fight for each other and that was psychologically very important”.

Luca Monti (coach Copra Elior Piacenza): “Being beaten 3-0 at the end of a game like that is a bit disappointing. It’s obvious that they have found a little something more than us. We lacked that tiny bit of luck and ability to finish it off when it mattered. We made too many mistakes on the serve and attack when we shouldn’t, they played better at the net and on the serve”.