On Saturday night, Belluno and Piacenza will fight it out for a place in the Challenge Cup 2012-13 in the qualification final. In the semi-final Belluno got rid of Roma while Piacenza knocked out Monza. Both teams have played a superb second half of season. Piacenza tallied 30 points with 11 wins and only two losses, which would have set them hypothetically second, while Belluno gathered 28 points with 10 wins and 3 losses, finishing virtually third. Two in-form teams, disappointed to be out of the league playoffs, but motivated to be in Europe next season. 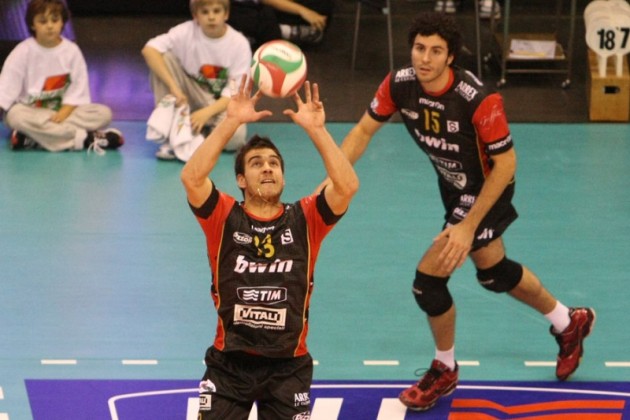 Regular season: 2 (Both won by Belluno)

Roberto Piazza (coach Sisley Belluno): “In order to be in the Challenge Cup, we have to beat a very very tough opponent. Piacenza had a superb second half of season and they pushed Cuneo to the limits in every single sets of the quarter-finals. No need to present our opponents: we know them very well, they have top class guys on the wings like Papi and Zlatanov, the outside hitter Nikolov played in three league finals in four years. We will face an old friend in Luca Tencati and other emerging players like Holt, American International who is pushing for a starting six place. They are extremely motivated, they’ve been out of Europe the last two years and, as their president said, they intend on getting back in it as soon as possible. For us this is not only a final to qualify in Europe but also the last sport event with our traditional sponsor Sisley. This is where our motivations come from. This will be the game, the one Sisley Belluno is about to play to end the season and the story of a glorious name on a high”.

Lukas Kampa (Copra Elior Piacenza): “This has been and continues to be an incredible experience here in Italy. It’s crazy, I had begun the season in Germany with more problems than anyone could think of and here I am in the best league and the most followed in the world. It’s fantastic and a privilege for me to train and play every day alongside the champions there are. This is an important step in my career and not only. We’re facing the last game of the season: the most important and most difficult one. We have lost twice this season against Belluno, hopefully it will go differently on Saturday. They are strong at the net, in dig and on the serve but we want to win it. The whole season is on the line”.