Confirmed information from Chieri Torino. Coach Francois Salvagni has identified the Spanish national team player Amaranta Navarro Fernandez as the new middleblocker and he confirmed the captain Chiara Borgogno, who plays her fourth season for the national team. 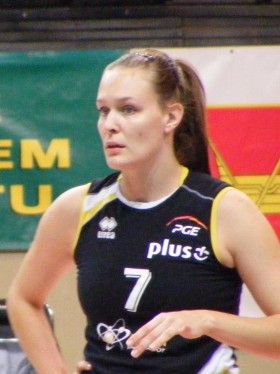 For the athlete originally from Mataro where she was born on 11 August 1983, it is her return to Italy. In the Italian national league she wore the jerseys of Santeramo and Pavia. She scored 674 points in 50 games played.

She won two Spanish championships between 2006 and 2008 and two cups of the Queen. Past two seasons she played in Poland for Sopot Trefl.

The middleblocker of Chieri Torino Volley Club boasts a total of 783 points made.

Together Martina Guiggi, Fernandez and Borgogno compose a trio “powerhouse” of the highest order. The confirmation of Indre Sorokaite and Monica Ravetta is still expected.

RUS W: Russian volleyball players can give a fight at the Olympics – Obmochaeva

ITA M: Travica: “We can be ambitious”