Fans of Piacenza have lost patience after one more defeat in Serie A. They have put blame on the head coach Andrea Radici, while club tries to calm them with possible big signings. 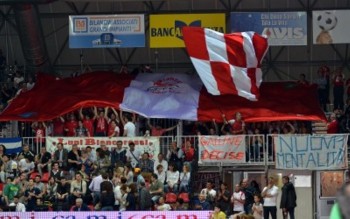 Sportpiacenza.it writes that fans of Piacenza want a change on the bench. Defeat against Verona in the last round of Serie A has made them turn against head coach Andrea Radici, as team is now on the 9th place on the standings with two wins behind the last Playoffs spot!

At the same time, sportpiacenza.it also writes that club consider options to make one big transfer. There is an option that Piacenza signs Robertlandy Simon for the Playoffs, but it is also a risky move as no one can guarantee that the club will be among the top 8 clubs.

The second option is signing Christian Savani when the Chinese Championship ends. If he accepts the proposal, he will be able to come to club much earlier than Simon and therefore help Piacenza reach the Playoffs.

It is very important to mention that Piacenza can’t hire both Simon and Savani, as Italian has played the whole season abroad and he would be considered as a foreign player. And club can sign only one foreign player until the end of the season.

With simon we will win serie a