ITA M: The Frenchman Guillaume Quesque in yellow and blue: “Modena, the right place for me!”

Modena announces that it has reached agreement with Guillaume Quesque, French hitter born in 1989, 203 cm height. 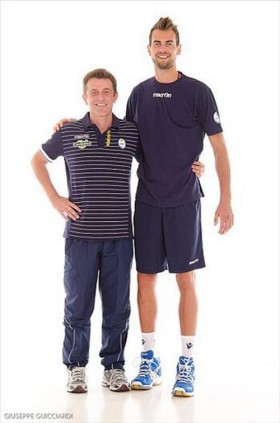 Quesque started playing 12 years in his hometown of Paris, in Levallais Club to be precise, following the footsteps of his older brother and father who was also the player in the French series.

Quesque has played in all the Junior National Championships by winning the European Under-19 (Awarded as Best Player of the European Championship) and Under 21, then play in the national team.

“I dreamed of Italy, this is the best place to play volleyball – just says Guillaume Quesque with enthusiasm – Modena is one of those places that all the world knows.”

It’s not easy to practice reception when...