The fans of Exprivia Molfetta still can’t believe that their former coach Flavio Gulinelli departed at the beginning of the season. They even think he ran away… 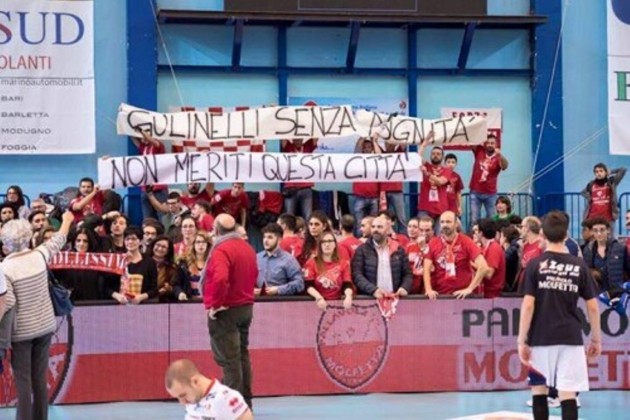 Before his final match at helm of Molfetta (on December 25, against Diatec Trentino), the fans showed a banner with directed to him: “Gulinelli, you don’t have dignity and you don’t deserve this city.”

After that, Gulinelli stated that he was revolted for the banner. The fans answered him that it was their goal and they wanted him to feel for a moment the way they were feeling since they found out of his escape at the beginning of the championship.

Gulinelli accepted offer from Egyptian National Team which he will lead on the African Rio Olympics Qualifications in January.