The last round of the year offers a match-up between Padova and San Giustino, two teams that fights to stay away from the danger zone, to open round 12. 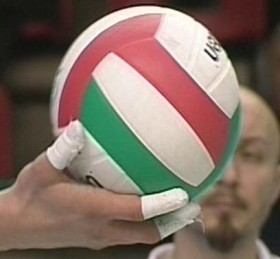 Interesting game between Modena, which registered a comeback win in Verona after falling 2-0, against Vibo Valentia, recent 3-0 winner over Ravenna.

There will also be a northern derby between Trento and Verona, while Roma will try to bounce back against Cuneo as it still has a chance to be in the Italian Cup

Piacenza is ready to celebrate two great champions of Italian volleyball: Samuele Papi and Hristo Zlatanov. The spiker from Ancona will make his 500th appearance in regular season, and he is only one away from 5000 spikes and one away from 400 aces between league and cup. As for Zlatanov, thanks to the 23 points scored in Roma, he has reached the 8000 point mark (8003 to be precise) between the league and cup. He is now looking to end up in among the best three scorers of all time in the Italian league: in front of him there is Andrea Zorzi (4th) with 8077, then Luca Cantagalli, third with 8153, then there is 8573 for Andrea Giani, and top of the chart is Lorenzo Bernardi with 8841 who was penalized by the fact the stats began only in 1989.

Italy: Roma in the cup. The opponent?