The longest winning streak in Italian men’s volleyball at the moment was not broken even in the last round of Serie A1 in 2016! Sir Safety Perugia defeated Bunge Ravenna on road in straight sets, partially 25-23, 28-26, 25-17. 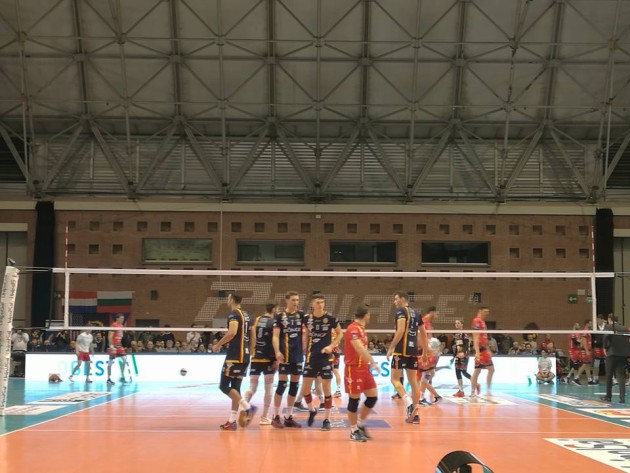 With the win over Ravenna in front of packed stands in „Pala De Andrè“, Italian runners-up had another back-to-back win, extending winning streak to nine games in the championship and 13 including CEV Champions League. Another good news for Perugia fans is the return of Ivan Zaytsev to the line-up after being a substitution in a previous round. Serbian Marko Podraščanin collected 16 in Perugia, while Dutch Maarten van Garderen had 15 in Ravenna.

Serie A1 title holders Azimut Modena also achieved a straight-set win, giving signs of getting out of a small crisis in that lasted 20 days (defeat to Bunge Ravenna and tie-break wins over Revivre Milano and ACH Ljubljana). However, Kioene Padova got their seventh consecutive defeat, not taking advantage of some chances in the first and the second set. Modena coach Roberto Piazza returned Serbian Nemanja Petrić to line-up. Frenchman Earvin Ngapeth, the best player in the world in 2016 in our Poll, scored 12 for Modena. Sebastiano Milan topped in Padova with 16 points (4 blocks).

Lube Civitanova easily beat Biosì Sora 3-0 on road to keep the lead in the standings. Hosts had no chance against high-level play of Osmany Juantorena – 19 points (6 aces).

Diatec Trentino spoiled the party in crowded „PalaBianchini“ by downing Top Volley Latina in straight sets, showing who’s the best from the start of the match. The Czech Jan Štokr had 15 points for Trentino. Gabriele Maruotti scored 11 for the hosts.

Round 17 was a round of the sweeps – These teams also achieved 3-0 victories: Calzedonia Verona and Vibo Valentia while LPR Piacenza lost only one set in triumph over Exprivia Molfetta.

One of the best Venezuelan volleyball coaches hospitalized