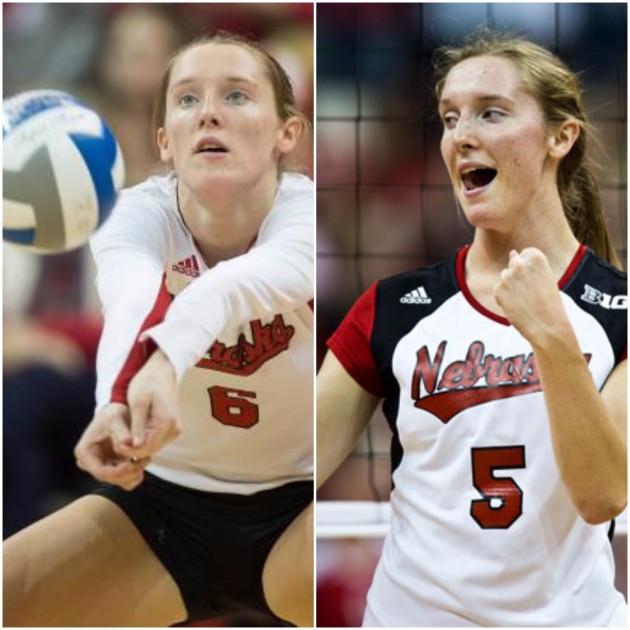 The U.S. players Kadie and Amber Rolfzen strengthened Dresdner on the two positions in roster on which German club was weakened – outside hitter/receiver and opposite. The identical twins signed contracts, which are their first professional contracts, until the end of the season but with a renewal option for one more season.

Kadie came instead of her compatriot Gina Mancuso, who had to leave to Puerto Rico after short-term contract with Dresdner while Amber came to be support to Elizabeth McMahon, also American. Previously, Mancuso arrived to fill the gap caused by the absence of Czech Eva Hodanová (out for the rest of the season due to injury) and American Jocelynn Birks (recovered in the meantime).

Both Kadie and Amber won the NCAA National Championship in 2015 with the Huskers, while as seniors they were stopped in the National Semifinal this year after claiming Big Ten title.

Amber finished ranking sixth on Nebraska’s all-time blocks chart with 551 in the final season. She averaged 1.94 kills per set and a team-best 1.38 blocks per set in her senior season on 0.319 hitting.