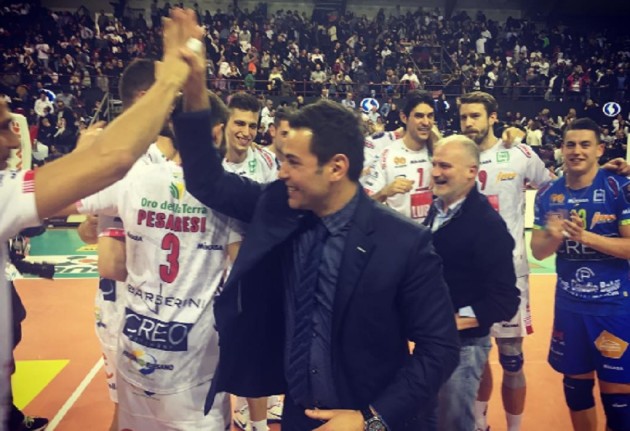 After winning the Italian Super Cup, Lube have given the fans new reason to celebrate as they defeated the big rival Perugia! The first set was super exciting, while the second one was one of the worst sets played by Perugia this season.

Tsvetan Sokolov and Osmany Juantorena had good displays – the Cuban-born ended match with 18 points while the Bulgarian player contributed with 17 (4 aces).

Belive it or not, in home team there were no players with double digits.

Luigi Randazzo and Uros Kovacevic were the best players of Verona with 12 points each, while Mitar Djuric added 11. On the other side, Earvin Ngapeth scored 17, but he didn’t have any help from the teammates.

Trentino didn’t have any problems on the road against Milano. They scored 3-0 victory…