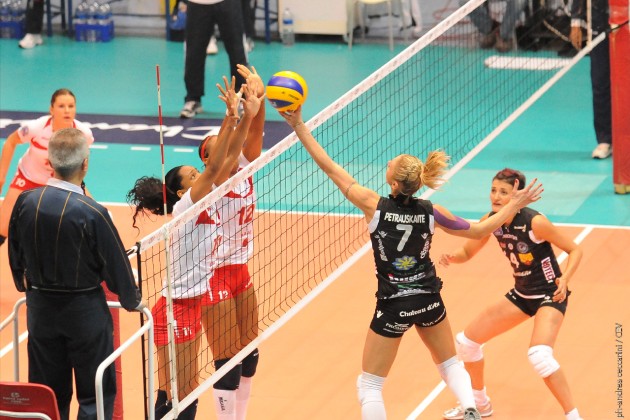 The home side mentored by Ettore Guidetti found it difficult to stop the actions of their opponents and especially had problems in controlling the service of their Romanian rivals.

Having signed some foreign and very experienced players, CONSTANTA displayed some solid play in almost all fundamentals with Dominican Jeoselyna Rodriguez Santos making the difference as she scored 29 points all alone in the end. She basically claimed all key points of the match and even though the home side of URBINO reacted in the third set, still it could not stop the run of the Romanians. A series of ups and downs in the fourth set paved the way for Tomis whose block and service made the difference in contributing the final 3:1 win.