ITA M: “The Tsar” got his own model of shoes and joined NT

Ivan Zaytsev finally appeared at the training of the Italian Men’s volleyball National team who is preparing for the European Championship on August 24-September 3. 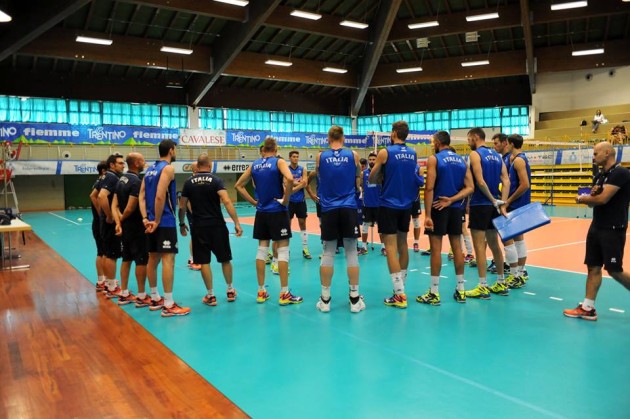 Ivan Zaytsev and Italian Volleyball Federation (Fipav) have resolved a dispute regarding a footwear of a player and now, when the „Tsar“  got his own pair of shoes by „Mizuno“ (official sports equipment supplier of Fipav), he appeared at the training of the National team and continued with the preparations. 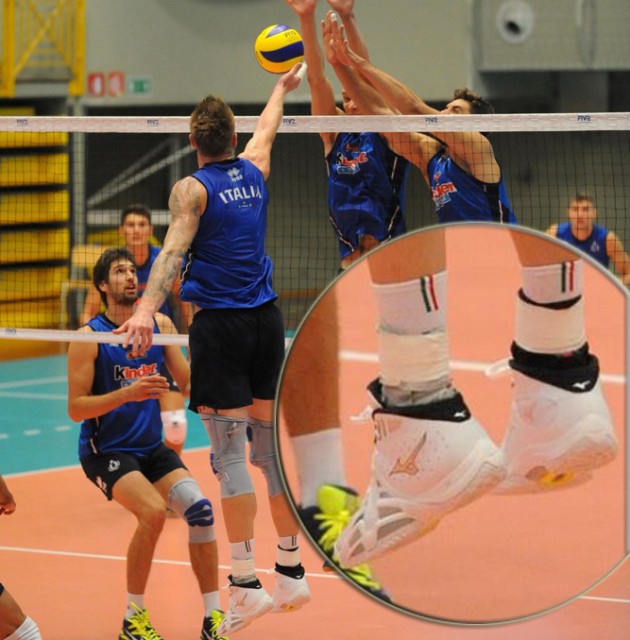 He`s such a super star.

Not sure, his numbers last year were not good at all. He is show off and for this shoe issues he should be removed from national team. The national team should never allow any player to dictate his own terms. How come now there is no issue with his own sponsorship contract with Adidas? Why he is so special that he is only one with custom made shoes? This will create more animosity in Italian team

Your are an example of the troll on internet who do not read or do some research before tying all the wrong things.

Ivan signed with addidas since Jan 2017, at which time Federal using acis for both cloth and shoes. And no rules upon that time said the atleast have to wear shoe from Federal

April 2017 , federal change sponser. Now cloth is errar and shoe is mizuno. And now because cloth and shoe are different brand. The new rules creted (at april 2017) that the atleasts have to wear Mizuno.

May i ask you how could Zaytsev would have know this in advanced? Is it his fault that the Federal suddenly change the rules and brand and now try to ask him to fault his ‘contract’ which were signed ‘before’ federal?

Such a useless openion. If you do not do research before posting. Do not post at all.

Re: @Im bored
Mate look, it was always like this:

when asics was the official supplier to the FIPAV, all international actions at all levels all players (male and female) had to use asics shoes only (google some images or videos from the Olympics in 2008,2012,2016)
Every player had asics shoe models on their feet when playing for squadra azzura at that time.

when nike was in the same positon in the Olympics in 2004 in Athens, all players had nike shoes. I know for sure that for example Lugi Mastrangelo had a signed contract with asics in that period and worn nike shoes in Athens.

All this is so crazy. I will support Zaytsev no matter what!!!

Because he singed with addidas in advanced so the choice is 1. to wear addidas to the court or 2. to wear mizuno to the court and Zaytsev have to pay the palnalties which upon now no source have come out to cleare who is gonna pay for it. If no one offer a hand this panalty will be upon atleast for sure.
So in the last 3 days Zaytsev have tried the solution by wearing Mizuno, in whuch if work Fifav have to pay addidas himself since he s not wearing addidas because of them. But the shoe dont have the model in which medical required (this required was notify since end of 2016 not just happen now and he been using it ever since).

Now when the shoe is not working, Fifav offer to let him wear addidas but have to cover the brand in which case the panalty will happen again but this time Zaytsev have to pay for it. Because Fifav already allow him not to waer mizuno but Zaytsev is fail to show the promote of addidas. So the atleast have to pay by himself.

If i am Zaytsev i would not pay for it. I singed the contracted way before Fifav does. Im participating for national with little earn of money that cant compare when playing league. All this just to show the support to the country which i already have done so many years. Now they (Fifav) want to wins the sport and yet drag me into this , ask me to sacrify myself again and not even cover the price i have to pay for penalty.

if i were Ivan, i would have quit. once and for all. In this case Fifav decide to call him off, which i think it s acatually good things for both side. Fifav have to learn that they cant get everything by asking atleast to sacrify himself and get glory and money and the same time.

About your question that why Fifav have to let Zaytsev in special case, I dont think they should let him. Dont get me wrong here I believe the standard should apply to everyone equally. So in this case either they have to give up Zaytsev and willing to have the worse performance like last WL or they need to willing to pay palnalty to mizuno when Zatsev wear addidas into court.

I dont think this s atleast fault. He signed the contract upon the times in which no rules apply. Then all of suden the rules changed, sponser changed and so on. Yet people are so ready to jump and call him diva , call him he s full of himself. I dont think it s fair at all.

Other atleasts is fortuante enough that no one have they own sponser in which cover all year. I think Gianelli also have sponser but the contract only apply in the league season so the problem is not occure.

Re: @Im bored Thank you for detailed explanation. I am not informed about endorsement contracts pro volleyball players have with certain vendors so I really commented from high level perspective since Ivan is the only one who had this problem.
I just found it strange that he signed so strict contract without even thinking that national team might have signed a contract with another vendor since likelihood of a players and national team having the same vendor is very small

Italia TV ,media, fans are so unfair to Ivan, they should know it, no one say or report something to everyone. to sad.