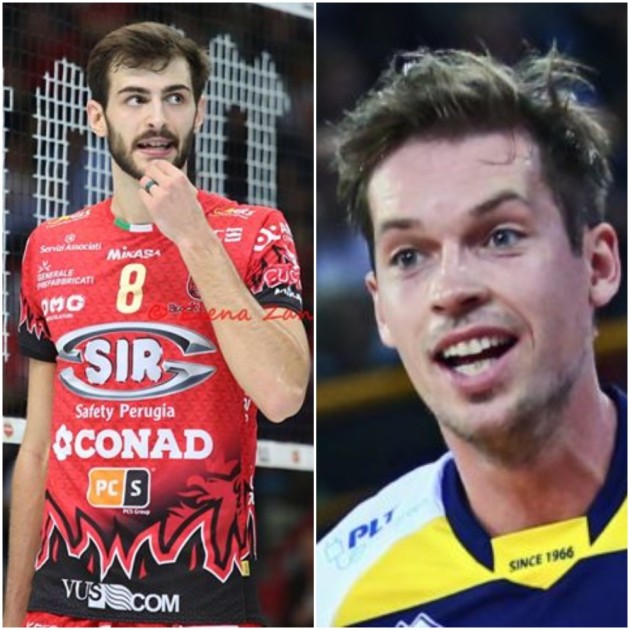 A 25-year-old Russell has committed himself professionally only to Sir Safety Conad Perugia so far as he became the member of the “Block Devils” in 2015 after graduating at Penn State. Last season, while playing in Perugia lineup, Russell won the triple crown in Italy and went to the CEV Champions League Final Four. Playing with the U.S. national team brought him a bronze medal in the 2016 Rio Olympics and Best Outside Hitter award in the same tournament.

As for a 28-year-old Van Garderen, Trentino will be his third side in SuperLega in four seasons. The Dutch national team outside hitter arrived from Azimut Modena in which he acted as a backup to Earvin Ngapeth and Tine Urnaut. Van Garderen, also a successful beach volley player, reunited with Jenia Grebennikov after three years as they both clinched German Bundesliga title and cup in 2014/15 with Van Garderen being named MVP of playoff finals.

NEWS FROM ITALY W: Serbian attacker in Scandicci; Megan Easy returns to Imoco, the best blocker of VNL in Pomi

Well well. Trentino made it happen. Italy is loaded next year. Trentino will compete for one of the top 3 spots next year.