Check out some of the latest men's volleyball transfers and rumors in the 2018 summer transfer window from Italian SuperLega for July 1, 2018. 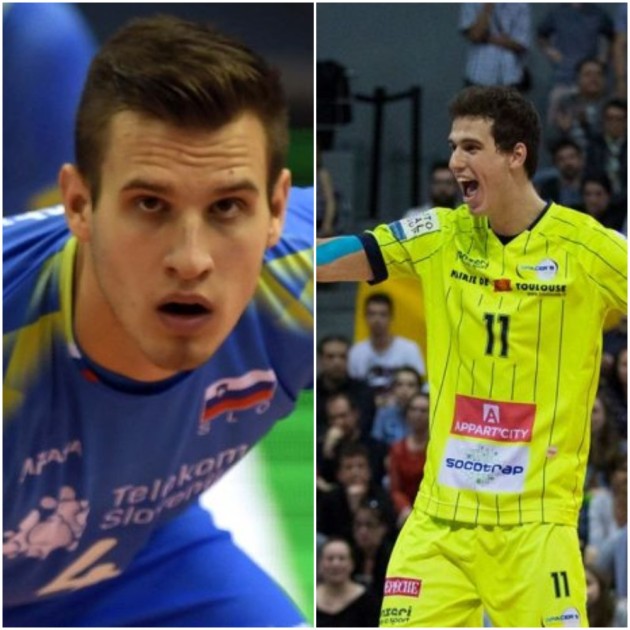 Revivre Milano have closed the transfer of Slovenia national team middle blocker Jan Kozamernik. A 23-year-old middle blocker, who won the 2015 CEV European League, made his debut in SuperLega last season in the jersey of Diatec Trentino, scoring 47 points (12 kill blocks and 4 aces). In addition, Milano sealed the deal with one of the most promising French players Luka Bašić. A 23-year-old outside hitter went through nearly all youth categories of France national team before making his debut for the senior squad in the 2018 FIVB Nations League. Luka Bašić is a son of a former Yugoslavia national team member (more than 200 caps) Veljko Bašić who is currently at the helm of Fenerbahçe men’s team and Montenegro men’s national team. Luka Bašić spent the last season in Spacer’s Toulouse, making 256 points.

Biosì Indexa Sora have chosen another player from Poland for their next season’s roster. After hiring the setter Michał Kędzierski from Asseco Resovia Rzeszów, the second-to-last side in the 2017/18 SuperLega regular season signed Karol Rawiak as well. A 24-year-old outside hitter, who possesses quite impressive physical predispositions (3.50m spike reach and 3.30m block reach), came to Sora from the Polish Division 2 in which he competed for five seasons, reaching playoffs for PlusLiga promotion on several occasions and obtaining numerous MVP nominations. Last season Rawiak played for Stal Nysa. 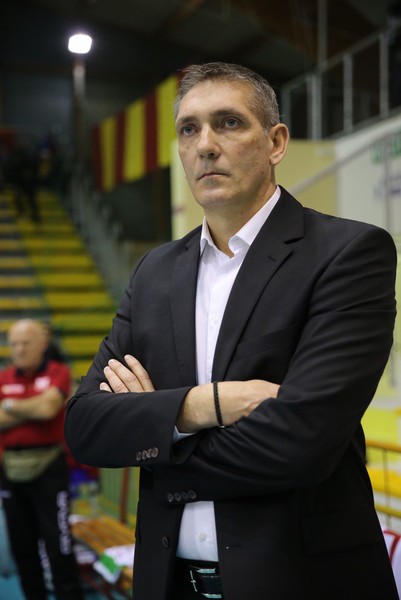 The San Marino national team player Lorenzo Benvenuti completed the libero department of Azimut Modena, going to back up irreplaceable Salvatore Rossini. A 23-year-old Benvenuti started his career as an outside hitter before switching to the libero position last season while he was wearing the jersey of Division 3 side Celanese Volley Forlì. At the moment, he participates in the Italian beach volleyball championship. Modena also strengthened their coaching staff with Luca Cantagalli, a player that was part of the famous “Generation of phenomena” of Italy men’s national team that won three FIVB World Championship gold medals in a row in the 90s. He was involved in two of them and also won three CEV European Championship titles, collecting 330 caps for the “Azzurri”. Cantagalli, who had a nickname “Bazooka” while playing professionally, returned to the club with whom he won four CEV Champions League gold medals and seven SuperLega titles as a player to assist Julio Velasco. Cantagalli led Conad Reggio Emilia to Division 2 promotion as a head coach before deciding to make a two-year break from volleyball.

Tonno Callipo Calabria Vibo Valentia made two contract renewals. Davide Marra and Luca Presta, two players that were a part of the team that made it to SuperLega throughout lower ranks, will stay in the club for one more season each. For a 34-year-old libero Marra, the next will be his fourth consecutive season with Vibo while for a 22-year-old middle blocker Presta (matured in the youth team), the next season will be his sixth season (not consecutive) in the club.

Chinese Taipei national team player Pei-Hung Huang will play in Taiwan Excellence Latina for the second season in a row. A 27-year-old setter has played 13 SuperLega games in the 2017/18, acting as a backup to Daniele Sottile.

Stefano Giannotti will be a player of Gi Group Monza for the 2018/2019 season. A 29-year-old opposite returned to playing SuperLega after a season which he spent in Division 2 side Mosca Bruno Bolzano. The 2018/19 will be his fifth season overall in the Italian top flight.

Enrico Lazzaretto closed the outside hitter’s department of Kioene Padova. A 23-year-old player competed with all Padova youth categories and was added to the first team in the 2015/16 season. But, he spent the last two seasons in Division 2 of which the 2017/18 with Aurispa Alessano, totaling 287 points in 30 official matches for the club.

Emma Villas Siena, who will make their SuperLega debut in 2018/19, made two signings and two renewals. A 23-year-old libero Matteo Chiappa, a product of Diatec Trentino youth sector in which he played as an outside hitter, has signed for Emma Villas and will compete for a place in the lineup with Andrea Giovi who extended his contract with the club. The FIVB U19 World Championship Best Blocker Lorenzo Cortesia committed himself to Emma Villas, coming from Divison 2 side Club Italia Crai Roma while Vincenzo Spadavecchia decided to spend one more season with the club from Siena.

MEDITERRANEAN GAMES W: Croatia with a gold medal around the neck