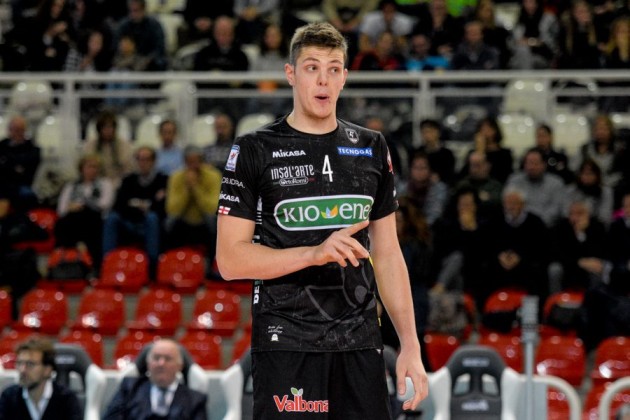 Diatec Trentino completed one of their last transfer activities for the 2018/19 by bringing back Gabriele Nelli after a season which he spent on loan in Kioene Padova.

A 24-year-old opposite, who matured in Trentino youth team, gained valuable experience in the 2017/18 as he scored 358 points in 26 games as a starter in Padova (the second-best scorer of the team after Luigi Randazzo) and then as a starter for Italy national team on several occasions in the 2018 FIVB Volleyball Nations League. Now, Nelli returned to Trentino to compete for his place in the lineup with Luca Vettori and will wear a jersey with number 4, which was never worn before by any other player in the almost 20-year history of the club.

Nelli was the protagonist of Trentino’s win in SuperLega in 2015, and Italy’s win in the 2012 CEV U20 European Championship.

He was summoned to the “Azzurri” preparations for the 2018 FIVB World Championship due to which he was forced to interrupt his honeymoon.

Italian federation creates challenge between Zaytsev and Ronaldo, the „Tzar“ accepts it!