The Italian men’s volleyball SuperLega side Revivre Milano closed, probably, the essential transfer for the next season. 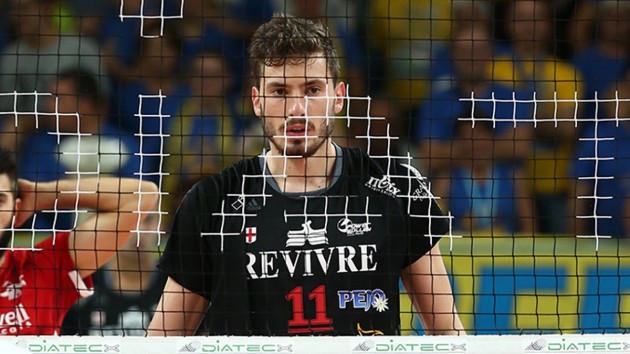 Revivre Milano bought out the contract of Matteo Piano from Azimut Modena after a season which he spent as a loaned player. The fact that he was appointed the captain already in his first season with the club showed how important Piano’s presence on the court was to Milano in the 2017/18.

“I’m very happy to continue my journey with Milano. I wanted to continue with this reality: I arrived last year and I found myself here, working in a healthy environment, alongside the talented guys led by the experienced staff who wants to do well. I immediately felt like at home, making a great relationship with our president who, together with his staff, is building a club and ambitious team. I was anxiously waiting for this announcement,” Piano said.

Despite the fact that he sustained an Achilles tendon injury in late April and underwent surgery in mid-May, Piano ended last SuperLega as the third best middle blocker with 58 kill blocks.

The upcoming season will be Piano’s 11th in an Italian top-flight. During that period, he won SuperLega once, Italian cup twice, and Supercup three times. Piano’s biggest success with Italy national team was clinching the silver medal in the 2016 Rio Olympics.