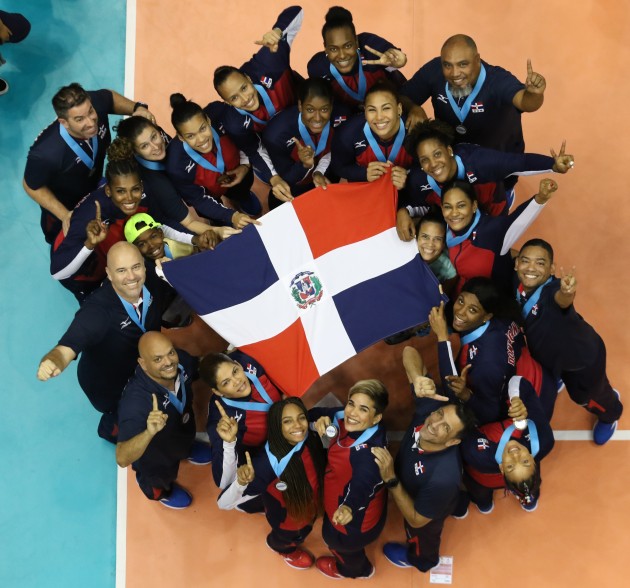 After three successive failed attempts, the Dominican Republic regained the NORCECA title. In a breathtaking finale of 2019 edition of the tournament, held in San Juan (Puerto Rico), the team coached by the Brazilian Marcos Kwiek dropped a 2-0 lead in sets against the defending champions the United States but recovered in the tie-break: 3-2 (25-19, 25-23, 15-25, 20-25, 15-9). The Dominican Republic finished the tournament with a 5-1 record, losing their only match exactly to the USA (0-3 in the preliminary round). This was the fourth time that these two sides fought for the gold medal and the first time that Dominicans came out victoriously to win the event for the second time ever.

The leading scorers for the new titleholders were Brayelin Martínez with 20 points (4 blocks) and Bethania de la Cruz with 19 points. Michelle Bartsch-Hackley scored a match-high of 26 points for the USA, Kelsey Robinson followed her with 13 points. The top scorer for the Dominican ladies in the gold medal encounter was named Most Valuable Player of the NORCECA Championship.

As for other individual awards, De la Cruz was named Best Server. From the USA, Kim Hill received the award for First Best Spiker, Tori Dixon for the Second Best Blocker. Karsta Lowe was awarded Best Opposite, while Jordyn Poulter receiver the Best Setter and Justine Wong the Best Digger awards. Canada’s Alexa Gray received the award for Second Best Spiker, Andrea Rangel of Mexico for the Best Scorer and María José Castro of Costa Rica for the Best Libero. From Puerto Rico, the First Best Blocker award was handed to Neira Ortíz and the Best Receiver to Shara Venegas.

ITA W: Scandicci save several match points before they beat Casalmaggiore in derby