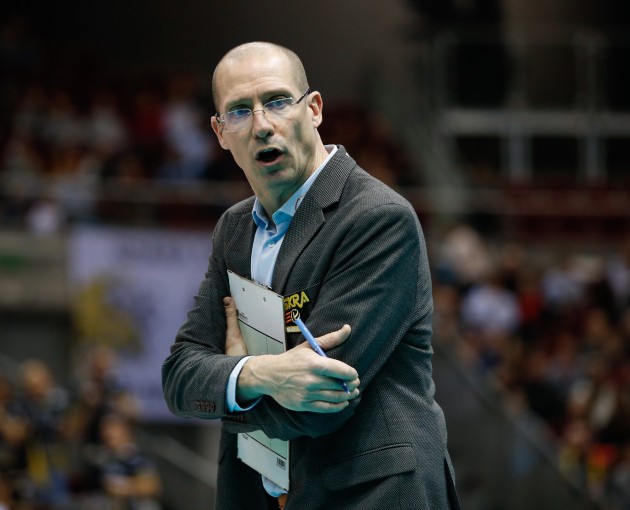 Roberto Piazza signed a contract for two years.Currently, he is head coach of the the reigning Polish champions, PGE Skra Belchatow.

Joop Alberda, technical director of the Netherlands Volleyball Federation: “As Nevobo, we are very pleased that we have managed to find a top coach that fits into our philosophy. His experience as a top trainer gives us confidence that he can make the next step with the team. His knowledge of international top Volleyball is an added value for this special summer with the Olympic qualification tournament and the European Championship in our own country.”

Roberto Piazza: “I am extremely honoured to be able to train and coach the Dutch men’s team. This team has a great history, and in the past, I had the pleasure to work with legends such as Peter Blangé and Ron Zwerver. I have seen all the matches of the Dutch team at the last World Championship and I was impressed by their performances in Bulgaria and Italy. This team has everything in its hands to take the next step. My dream is to bring The Netherlands to the top 10 of the world. From my compatriot Giovanni Guidetti I understand that Papendal is one of the three best training locations in the world. I have had the opportunity to coach a national team before, but this was the first time my head, heart and stomach said: this is something special, and I have to do this. I am very motivated to start in May.”

Nimir Abdelaziz, captain of the Dutch men’s national team: “When I started playing with Sisley in Italy at the age of 19, Roberto became my coach. A year later, I also followed him to Cuneo. He really lives for Volleyball and is present at the club from early in the morning until late at night. I learned a lot from him and we have always kept in touch. A foreign top coach was our wish as a team, and we are very happy that the Nevobo has managed to sign Piazza.”