Slovakia’s boys have recently completed their preps for the home qualifier scheduled for this coming January 3-7 in Nitra and where two tickets for the final round of the European Championship coming up in April will be attributed. Read latest volleyball news on Worldofvolley.com. 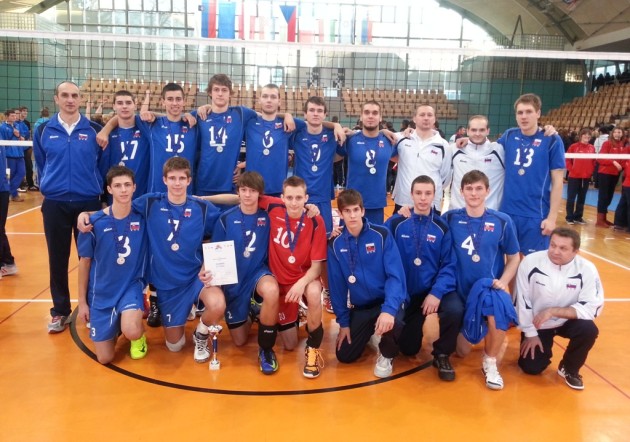 In order to make it to the finals that will take place in Serbia and Bosnia & Herzegovina, the Slovak guys will have to cope with the competition brought by the national teams representing Poland, Bulgaria, Portugal, Israel and England.

“We know that this will be a tough tournament but we’ll try to exploit the home advantage” says Slovakia’s mentor Miroslav Palgut. “We have played Poland a couple of times these past months and we all know they have a strong team. I have scouted a couple of videos to check the strengths of Bulgaria and I think they are also among the favorites to clinch one of the tickets at stake here in Nitra. We shall not underestimate Portugal since Volleyball has a good tradition in that country and their senior national team participated in the FIVB World League for a few years. We do respect Israel and England but we definitely have to edge these teams if we want to finish first or second in the group” stresses Palgut who is very experienced on the international arena after serving also as assistant coach of Slovakia’s senior national team.

To finalize its preparations for this tournament, the group recently edged Hungary twice in Trencin and then participated in the MEVZA Championship in Maribor, Slovenia. There Slovakia got past the Czech Republic, Croatia, Israel and Hungary before losing the gold medal match to the hosts of Slovenia. “We are satisfied with the way our preparations did run. We have tried and tested several players, so I do hope we have retained the best possible group for the tournament in Nitra. I trust my players and I think they have the right means to fight for the two tickets available to make it to the final round” concludes Palgut.
Slovakia’s national team missed out on the last three editions of the Youth European Champs and therefore is extremely motivated to come back there. The main target of the group remains a good performance in 2014 as the Junior European Champs will be co-hosted by Slovakia and the Czech Republic.

GER W: Nicole Fetting – This is only one stage