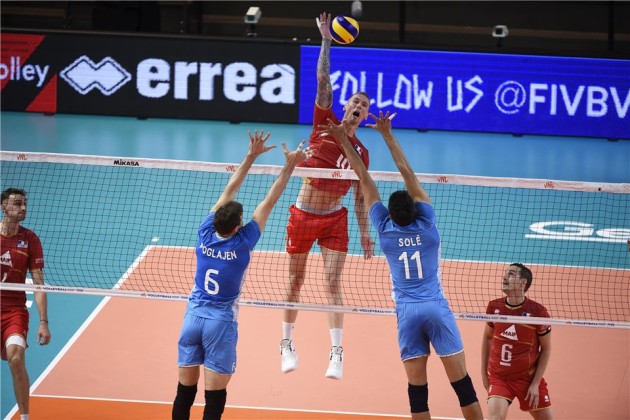 The next season will be the seventh successive season abroad to a 30-year-old Frenchman. Le Roux only briefly returned to play in his home country during these seven seasons. In November 2017, he left the Russian side Dinamo Moscow, with whom he started the season, due to some misunderstandings with the head coach Yuriy Marichev and joined Rennes. Last season, Le Roux defended the colors of the Brazilian giants Sada Cruzeiro Vôlei.

While wearing the jersey of France national team, Le Roux won the CEV European Championship once (2015) and FIVB World League twice (2015 and 2017). The second of these two times when he won the World League, he was named Best Middle Blocker of the tournament. He received the same award in the FIVB Nations League last year.

VNL 2019 W: Smarzek top scorer of Preliminary Round, trio shares No.1 in number of aces

He is going as MB or OP there?

LIVE from Sofia: Zaytsev’s not used to...