After three days Slovenia tops the charts of the group with 9 points, followed by Bulgaria with 6 while Croatia, Slovakia, Israel and Romania all have three. You can read all relevant news from volleyball world on Worldofvolley.com. 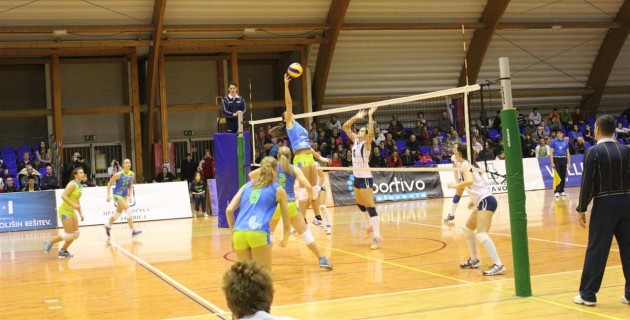 Slovenia did a good job and scored its third consecutive win in straight sets (25-12, 25-8, and 26-24) to cruise past Israel. The home favorites stormed out to a terrific start in the opening set (8:1) and this set the tone for what was going to follow, with Slovenia totally dominating the scene (25-12) and doing so even more confidently in the second section of the game (25-8). Slovenia’s head coach Joze Casar opted for his second lines in the third set and therefore the course of the game changed a bit but Slovenia could nevertheless bring it home with a 3:0 (26-24).

In the first match of the day Slovakia vied for their first win in the tournament against Romania and could celebrate in the end after cruising to a speedy 3:0 (25-16, 25-21, and 25-20). Slovakia started out pretty well demonstrating its intention to stop that negative streak and did so also in the second set where they went up by four by the first technical time-out before keeping that margin up to the end. Set 3 was a little tighter, but Slovakia showed good composure down the final stretch to wrap it up in straight sets.

To round out Saturday’s program Croatia upset Bulgaria to fight its way back after suffering two consecutive defeats these past days. Croatia showed determination and consistency to pocket the first set with the score of 25-18 and that positive trend continued also in the second set (25-17) before Bulgaria totally collapsed, leaving the way open for a speedy and terrific 25-9 that put the icing on the cake for Croatia’s players.

Iran: Negotiation with the main choice of...