Italy prolonged its winning streak at the qualifier for the 2013 CEV Youth Volleyball European Championship – Girls in Moscow by easily edging Estonia in straight sets in what was the third day of action at “Luch” sports hall in Russia’s capital city. 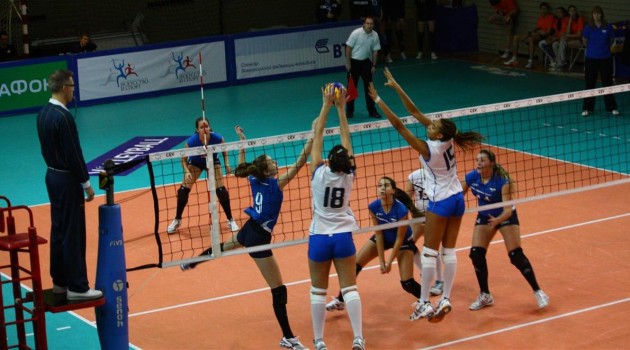 Saturday’s program was opened by the girls of Belarus who also needed only three sets to edge Norway (25-12, 25-11, and 25-15) and claim their first win in the competition.

The home heroines of Russia played Belgium whose positive record of two wins in as many matches promised a very close battle. Belgium went up 15:10 in the first set but then Russia swept the next seven rallies to take that section of the game with the score of 25-22. Belgium stormed out to a 16:11 lead in the second set and this time did not lose composure thereby going for the 1:1 (25-17). Even though their head coach practically substituted all players included in the starting six, the Belgians could not stand the quality displayed by Russia in set 3 and 4 (25-20, and 25-15) and so the home girls could score their second win to settle for second in the standings of the group.

Mr. Sergey Titov, Secretary of the FIVB Refereeing Commission and chairman of the Russian Refereeing Commission, was also in attendance and could assess the positive performance by three international referees who had been his students as they attended their respective IRCC (International Referee Candidate Course). Mr. Titov was himself a student by the time an IRCC was chaired by CEV Vice President Jan Hronek, who is currently in Moscow as Technical Delegate to additionally stress the continuity of world-class refereeing in Europe.