The legendary Brazilian libero Sérgio Nogueira “Serginho“ will play abroad for the first time in 25 years of his professional career. 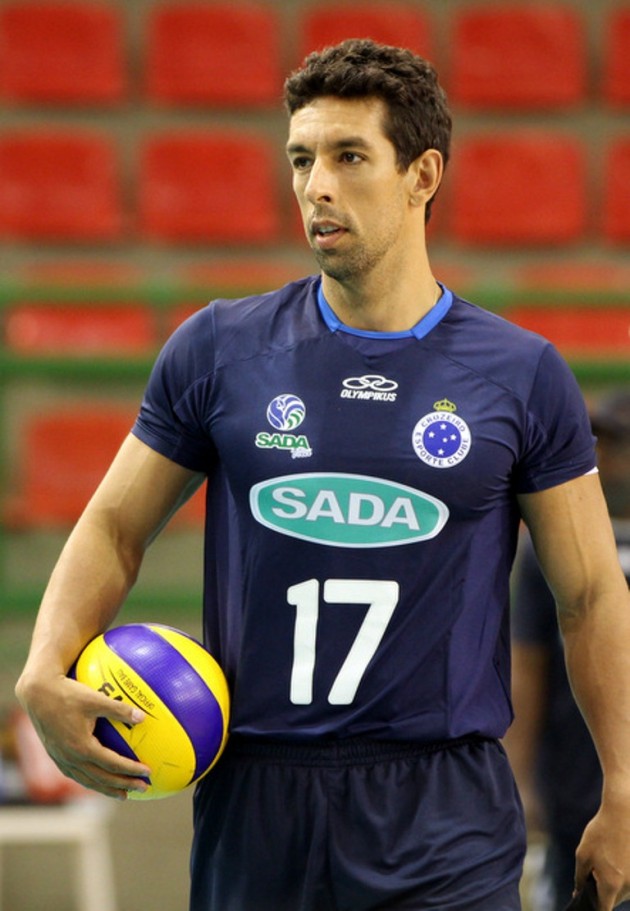 Brazilian male Volleyball has two world-famous liberos, both with the nickname Serginho. Sérgio Santos is a two-time Olympic and world champion and his quality is the reason why Sérgio Nogueira has never managed to make a breakthrough on the international scene despite being an exceptional libero as well. But, on a club level, the 41-year-old player won every title that has to be won: in nine seasons with Sada Cruzeiro Vôlei, he became the Brazilian champion six times, FIVB Club World Championship winner three times, South American Club Championship winner four times, Brazilian Cup winner three times, Brazilian Super Cup winner two times, while he also conquered Minas Gerais state championship seven times.

And after 25 years of his professional career, Serginho decided to play abroad. Although Cruzeiro did not renew the contract with the libero, hardly anyone could even guess that the Czech Republic will be country in which he will continue his career. And not only that – Serginho strengthened top division newcomers Black Volley Beskydy, volleyball.it reported!

Black Volley bought out the right to compete in the Czech top division from SGLD Brno, who won the promotion as the Division 2 winners.

JPN W: Brazilian opposite Ivna continues her career in Japan