Osmany Juantorena was eliminated during the semifinal phase of the Volleyball Globe award contest. He received a 37 percent of the electronic votes of the fans to a 63 percent in favor of Bulgarian Matey Kaziyski. Both players currently play for Trentino Diatec in the Italian League. 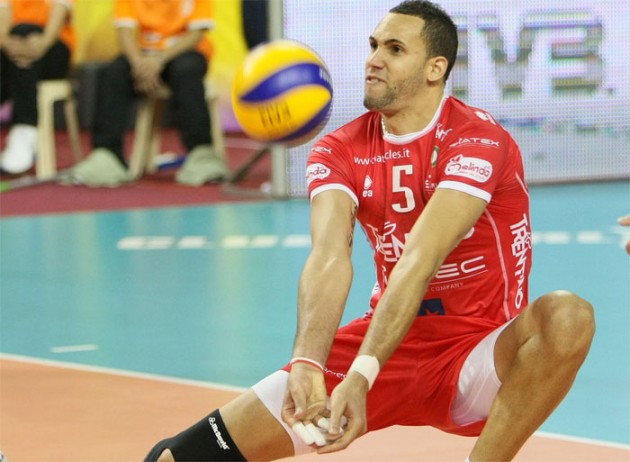 The native of Santiago de Cuba received a 37 percent of the electronic votes of the fans to a 63 percent in favor of Bulgarian Matey Kaziyski. Both players currently play for Trentino Diatec in the Italian League.

In the final round among the Spikers, Kaziyski will compete against Italian Ivan Zaytsev who defeated Poland’s Bartosz Kurek 55-45.

Brazilians Raphael Vieira De Oliveira and Bruno Rezende both advanced to the finals as the most voted among the Setters while Bulgaria’s Tsvetan Sokolov will go against Croatia’s Igor Omrcen among the Opposites.

The finalists of the Middle Blockers will be Serbia’s Marko Podrascanin and Italia’s Emanuele Birarelli while Italian Andrea Bari will go against France’s Hubert Henno as Liberos.

The final phase of the fans’ poll will take place from February 11-18 while the semifinal round of the women’s will run from February 4-8.