Eczacibasi VitrA and Vakifbank are expected to contribute another classy derby in the Playoffs 6 of the 2013 CEV Volleyball Champions League. The winner of this clash will make it to the final four and play there the hosts of Galatasaray Daikin in the semis. 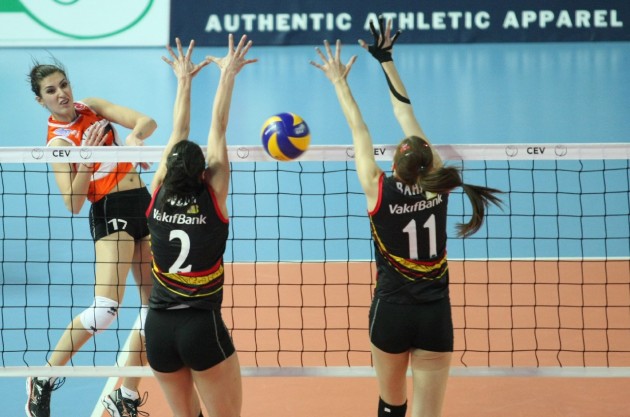 “Once more we play Vakifbank as we have done quite many times these past years in national and international competitions” says Eczacibasi head coach Lorenzo Micelli. “We have been displaying good quality up to this stage in the CEV Volleyball Champions League and starting with the game coming up on Thursday every single rally will count. I think that the team that will show the right focus and be able to score the decisive points will be the winner in the end. We would like to share our joy with many fans and supporters hoping to qualify for the final four”.

“Eczacibasi and Vakifbank have both invested a lot of money and resources in order to support the development of this sport here in Turkey” adds Eczacibasi team manager Nalan Ural. “Both teams are very strong and experienced and they deserve to be in the final four. I believe that the team capable of showing the right combination of quality and determination will make it to the final four. Our goal is quite evidently to accomplish this mission”.

“The main goal we have set for this season is to play the final four of the Champions League” says team captain Esra Gümüs. “We are just one step away from achieving this goal. Both teams are really strong and shall play in the final four, but the rule limits the entry to a maximum of two teams per country. It won’t be easy but we’ll do our best to join the final four that will be taking place here in Istanbul”.

POL M: Rafal Buszek – We have one primary goal