The Puerto Rican Men’s National Team will begin its training today in preparation for this year’s tournaments which includes the Pan American Cup and the NORCECA Continental Championship. The new coach David Aleman explained the details of the training process. 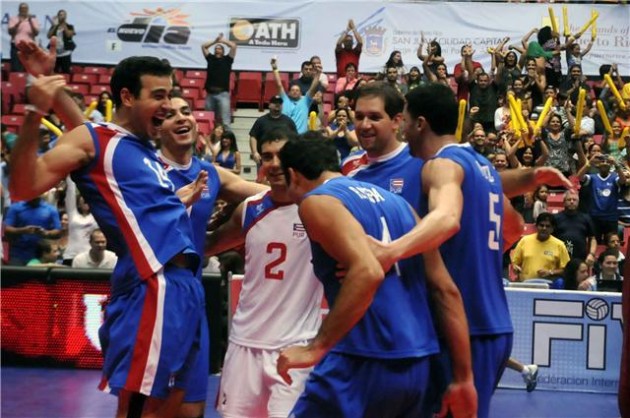 The new coach David Aleman explained the details of the training process during a meeting held last Saturday at the University of Puerto Rico in Rio Piedras.

“We will start this week with the physical tests of the players and week by week the load of work will be increased looking forward to the first event which is the Pan American Cup,” Aleman said.

Puerto Rico will take part in the VIII Men’s Pan American Cup to be held in Ciudad Juarez, Mexico from May 19-27.

During the meeting, Jose Couto was introduced as the new general manager of the team and Aleman also introduced his team of assistants composed by Ramon Lawrence, Freddie Ramos and Robert Barreto.

Jose Ramon Perez Vento attended the meeting as adviser of the national program of the Puerto Rican Volleyball Federation.