The 9-year domination of Khimik in the Ukrainian Women’s Volleyball Championship came to an end. 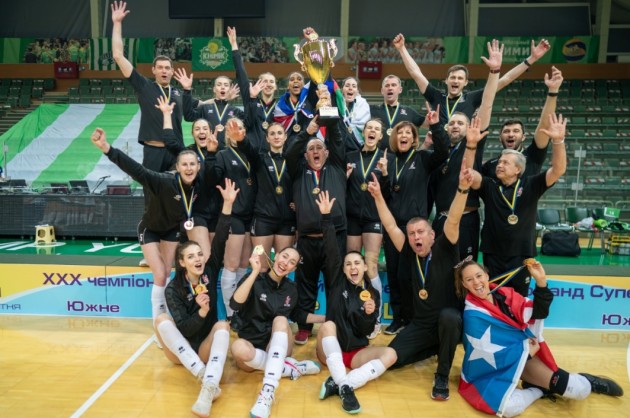 SK Prometey won the title of the champions of Ukraine for the first time in their history, which is very short – only 2 years. The Kamyanske team, the regular season winners, prevailed over 9-time consecutive champions and 2nd-seed Khimik in the 3rd match of the final series of the 2020/21 Superliga by a 3-1 (25-22, 26-24, 18-25, 25-14). Thus, Prometey swept the series by a 3-0 and completed a hat-trick of domestic titles this season as they previously won the national cup and Super Cup. Along the way, they didn’t suffer a single defeat (24-0 in the league, 7-0 in the Cup, and 1-0 in the Super Cup).

Even though they were first in the standings at the moment of the cancellation of 2019/20 due to coronavirus pandemic, Prometey weren’t officially recognized as champions for the last season.