Dominican Republic was far superior than Peru and claimed a victory in consecutive sets (25-20, 25-16 and 25-13) in opening day of Pool A the U-20 Women's Pan American Cup, which groups teams already qualified for the World Championship in Czech Republic next June. This and other volleyball news read on Worldofvolley.com. 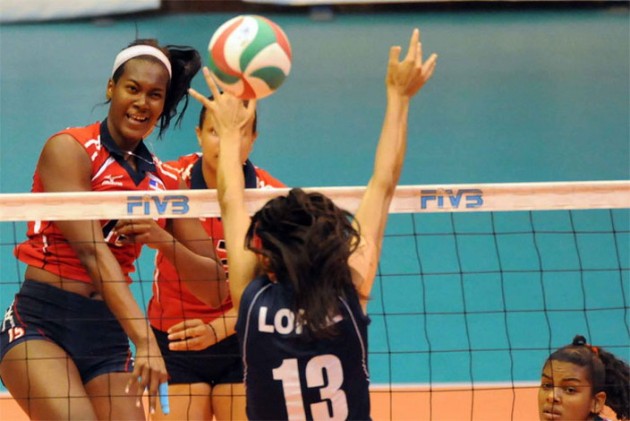 The youngsters showed a lot of personality on the court despite his limited experience, and didn’t allow chances to the South American team that showed weaknesses in the reception and a lower blocking at the net.

Dominican Brayelín Martinez was the top scorer of the match with 22 points, while his teammate and captain Pamela Soriano added 13 and said to be pleased with the victory “because Perú is a strong team, but today lacked attitude.”

Angela Leyva, the captain of Peru and leading scorer with 8 points, agreed with the opponent: “Dominican Republic is a strong team and also wanted the win.”

Her coach, former Olympic medalist Natalia Malaga, lamented that his young libero didn’t do the job and said those in that position “must demand her team to perform and not wait for others to cover his position, so the rivals pressed with their serves and also are a great opponent at the net and capitalized our weaknesses.”

The Brazilian Wagner Pacheco, coach of the Dominican Republic, said: “We suffered a lot because we are not used to playing in such big stadium with that capacity. Peru is always an opponent of respect and there is also a traditional rivalry between them.”