Landstede Volleybal defeated Abiant Lycurgus GRONINGEN 3:2 on their own ground in front of the 1000 fans. Zwolle team wasted a 0-2 lead, but at the end won fifth set and enforce decisive game in Zwolle on March 30th. Read latest volleyball news on Worldofvolley.com. 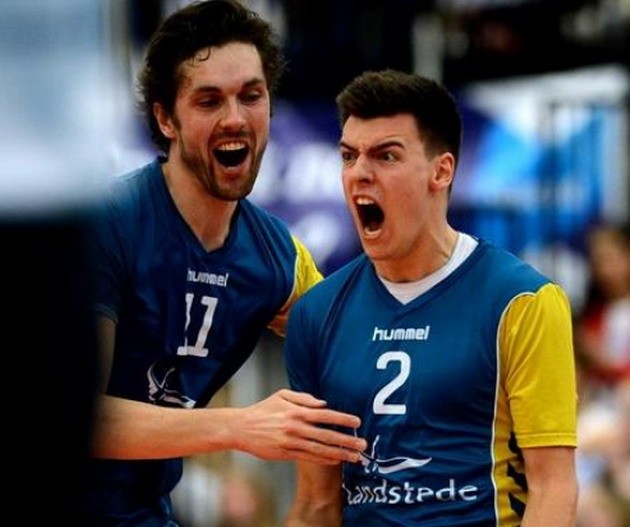 Audience in Groningen prepared itself for the first championship celebration in the history of Lycurgus, but the players started the match nervously. In the start of the set Tijmen Laane get Landstede Volleyball lead and it remained in the rest of the set. At 23-24 Landstede had a first set point and it was directly used through an ace by Stijn Held.

The second set looked like first. Both sides had many service errors from. Landstede again won the set with a 25:23.

In the third set Landstede made to many errors. Thanks to Robbert Andringa Lycurgus forced a fourth set (25:22). Andringa as leader dragged Lycurgus also in to the fifth set.

The Groningen crowd stood on the banks and believed in the championship when home team lead 6:4. The turning point came two points later. Andringa hit in the Zwolle block (6:6). After that Landstede slowly took over the game. At the service of captain Roland Rademaker the Landstede have match point.