CYP: The men and women of Cyprus victorious in their first matches in Luxembourg

Cyprus made an excellent start of its participation in both the men’s and the women’s volleyball tournaments at the 15th edition of the Games of the Small States of Europe in Luxembourg by shutting out San Marino and Iceland. Read latest volleyball news on Worldofvolley.com. 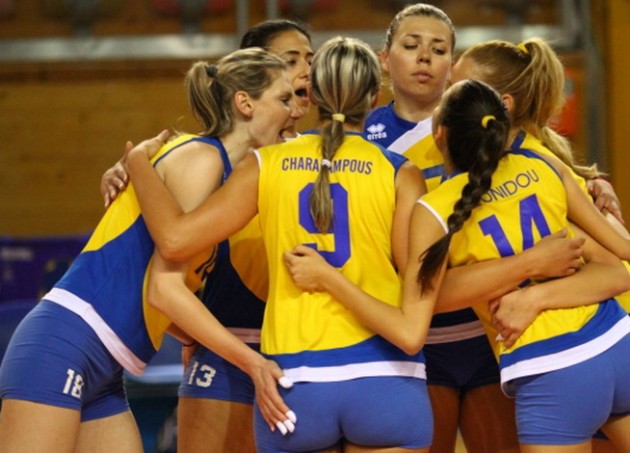 In the other two matches of the second competition day, the women’s national team of Luxembourg beat its first opponent San Marino in an exciting five-set battle as the home guys also scored a victory by outplaying Monaco by 3:1 and topped the current standings as the only team with a 2-win record.

In the women’s competition opener Cyprus beat Iceland in straight sets – 3:0 (25-22, 25-11, 25-20). The first set was relatively even, but the Northerners made more individual errors to allow the Southerners win it by 25-22. The Cypriot team was completely in charge of the second set and ran over its opponent by 25-11. Set 3 saw some changes in the lead before the players of head coach Emmanouil Roumeliotis established control after the second technical time-out to close it at 25-20. Iceland’s captain Gudlaug Jona Vigfusdottir became the top scorer of the match with 11 points. Three of Cyprus’s players – Sofia Manitarou, Maryna Lavruk and captain Andrea Charalambous, scored 9 points each.

It took 126 minutes of playtime to determine the winner of the other women’s match on Wednesday. The home team of Luxembourg eventually emerged victorious by managing a 3:2 (25-22, 14-25, 26-24, 23-25, 15-13) win over San Marino. Other than the second set, when the Sammarinese dominated, the other four sets were very tight. To the opponent’s better serving efforts, Luxembourg responded with more productive blocking. In the deciding set, the ladies form the Grand Duchy were unstoppable in offense and despite the error-free performance of San Marino were able to celebrate the victory. Fabienne Welsch and Isabelle Frisch scored 23 points each for the winning squad. Their teammate Betty Hoffmann and San Marino’s Samanta Giardi tallied 22 each.

However, San Marino’s men’s team was no match for its opponents from Cyprus in the first match of the second day of the men’s competition. The Cypriots were in control of this game and managed to win it in straight sets – 3:0 (25-18, 25-19, 25-19). Gabriel Georgiou contributed 17 points to the victory and became the top scorer of the match while Lorenzo Benvenuti was San Marino’s most prolific player with 10.

The men’s team of Luxembourg made some individual mistakes to allow Monaco to win the first set of their encounter, but then quickly turned things around to hammer out a 3:1 (23-25, 25-8, 25-21, 25-16) victory. The second set was completely one-sided. In the third set Monaco tried to fight back with improved blocking, but it was not enough to stop Luxembourg’s attacks. In set 3 the story continued as the Monegasque started making more unforced errors to help the home guys once again pile up a substantial lead. Luxembourg’s Arnaud Maroldt and Monaco’s Franck Gopcevic were responsible for 16 points each to top the scorers’ chart of the game.

MVM W: The Brazilians confirm their supremacy in Montreux