WCHJ W: Serbia’s debut is a 3-0 match against Colombia

Pool B first match in Kajot Arena ended with the first win for Serbia: the team coached by Ratko Pavlicevic was not too worried by Colombia, despite coach Marasciulo’s team performance especially in defense (3-0: 25-16, 25-17, 25-20). This and other volleyball news read on Worldofvolley.com. 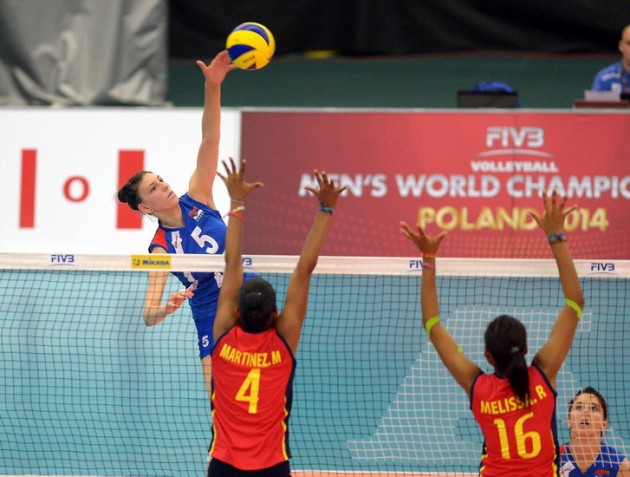 Colombian digs were not enough to stop what is, more or less, the same team which conquered the bronze medal two years ago at the Youth World championship and trained hard to raise the 7th position of Serbia Junior and Youth in the world ranking.

Colombia performed much better at the end of the third set, when they stopped Serbia to reduce the gap of points. Danna Escobar was the best scorer of her team (11), but a spike from Serbia Bianka Busa and then from diagonal spiker Tijana Boskovic (14) sent the teams to the locker rooms.

Colombia captain Andrea Estrada: “It was the first match for us and we didn’t play so good, maybe we felt scared because it is the first time in a big competition. We hope to do better tomorrow.”

Colombia coach Mauro Marasciulo: “The team was too much emotional and not focused on the match especially in the first part. We didn’t take advantage from their bad receives, they didn’t hit hard when they had to.”

Serbia captain Bianka Busa: “We didn’t play at our maximum but it was the first match and we had to face a good team as Colombia. Next match I think we will improve our play.”

Serbia coach Ratko Pavlicevic: “I have to thank my team because the first match is always tough but they beat a good team. The win 3-0 was unexpected because in a junior competition the results are not to fixed and there was pressure on the team but I think they had a good impact on this competition. Now we have to rest and be ready for the next match.”