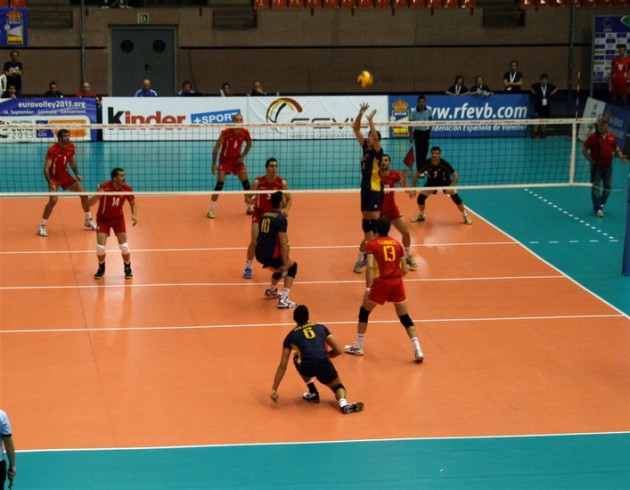 In the second match of the day in Pool B of the 2013 CEV Volleyball European League – Men, Montenegro crashed the Spaniards’ dreams of victory at home ground with a tie-breaker triumph in a spectacular and disputed match. The spikes by Andres Villena for the local heroes were immediately responded by the powerful blocks and the attacks by Aleksandar Minic for the visiting side.

Ultimately, the more experienced players from Montenegro were able to take the triumph to their side, as the nervous Spanish young men were unable to counter the rivals’ effectiveness at the net. The 15-8 gave the victory to Montenegro, a team that establishes its position in second place of the pool.

“Spain played very good in defense, but I think that we have more experience in our side and that was the key”, said the head coach of Montenegro, Nikola Matijasevic; “also, in my opinion we were superior physically, as our players were taller and I think this situation worked in our favor. I am very satisfied with the performance of my players, either in the tournament of Hungary and today”, he added.

“It was a shame that we could not bring the victory home and to bring joy to such wonderful fans”, said Spanish player Marc Altayo, the only Catalonian member of the Spanish squad; “I hope that in the next days we can improve and use the support of the people that will come to the matches to fulfill our goals of victory”.