The Czech Republic and Montenegro continued imposing their authority in Pool B of the 2013 CEV Volleyball European League – Men after starting the second leg of competition with two victories. The Czech squad beat Hungary in straight sets (21-15, 22-20, and 21-15). Read latest volleyball news on Worldofvolley.com. 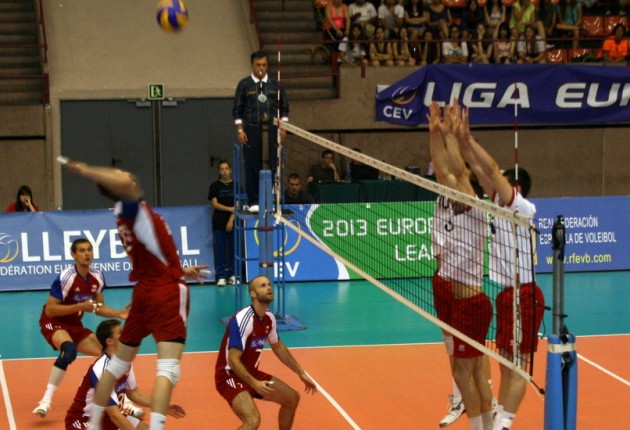 The Czech Republic confirmed its condition of main contender for the leadership of pool B, beating Hungary in straight sets. The excellent blocking system (8 blocks in the game) of the Bohemian players and the spikes by Michal Finger paved the way to victory for the Czech side and only during the second set Hungary disturbed the dominance of its rivals.

Nonetheless, the Czech Republic showed its power winning the disputed period and also the match in three sets. “My team worked very hard, especially in the second set”, pointed out the head coach of Czech Republic, Stewart Bernard; “I think that this was actually the key of the match:  that we were able to recover from six points down in that period. The way that all the team helped in that situation was essential in our victory”, he added.

“The Czech team is more experienced than us; our team was not so fresh in its performance, with the exception of the second set”, said the head coach of Hungary, György Demeter; “In that second period, we were leading by six points but we finally were too easy on our rivals. The Czech Republic was simply better”.