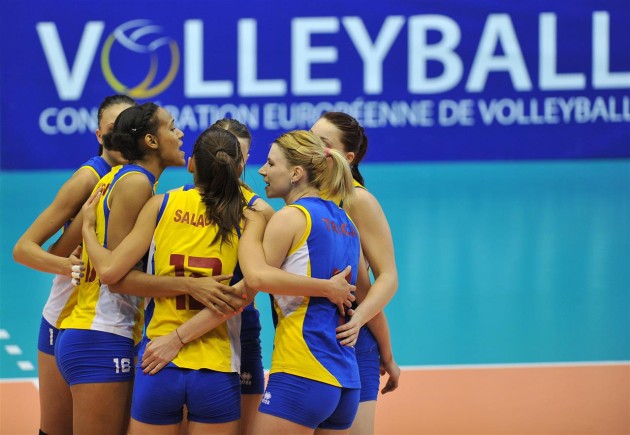 The match started 15 minutes later than scheduled because of a blackout at Istvan Messzi sports hall that was promptly fixed by the local technicians.

In the third set Hungary’s middle blocker Eszter Nagy had to leave the court after suffering an ankle injury.

“I am really happy with this victory. Hungary was a good opponent and they played good volleyball” says Romania’s coach Marian Constantin. “I know they were missing one of their best players, Dora Horvath, and probably with her addition the game may have gone a different way”.

Renata Sandor from Hungary was the most efficient player of the match with 22 points. Romanian  Nneka Obiamaka Onyejekwe scored 15.

To read more about this competition click on European League 2013 W.

Embarrassing scenes in Bulgarian U18 championship –...