Colombia beat Thailand 3-0 in a crucial match for Pool B standings on the 2013 FIVB Women`s U20 World Championship, since both teams had no victories till now. Colombia opposite player Danna Escobar (16 points), together with her team-mate Melissa Rangel (15), were the best in attacking and blocking. 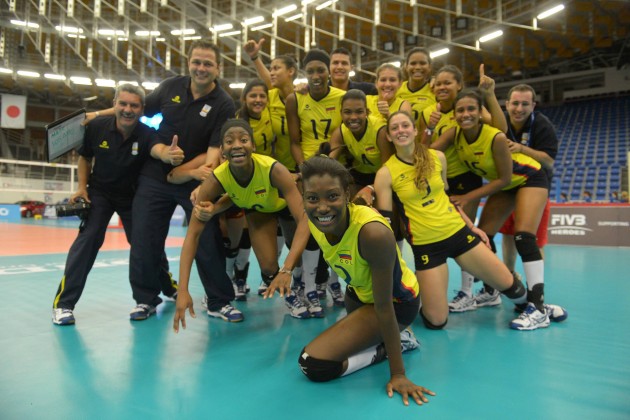 The team coached by Brazilian Mauro Marasciulo was much strong in attack than Thailand for all the game, having an easiest work at the net since their middle blockers were particularly focused on Thailand captain Kuttika Kaewpin, the most dangerous attacker of her squad. For 13 times the Colombian hands blocked Thailand’s efforts, and that was of course a key factor for the first epic win of Colombia, back to a World Champiosnhip after many years.

Colombia opposite player Danna Escobar (16 points), together with her team-mate Melissa Rangel (15), were the best in attacking and blocking, while Thailand captain Kuttika Kaewpin, despite the perfect control on her played by the opponents, made her best to score 17 points, with a 16/39 efficiency.