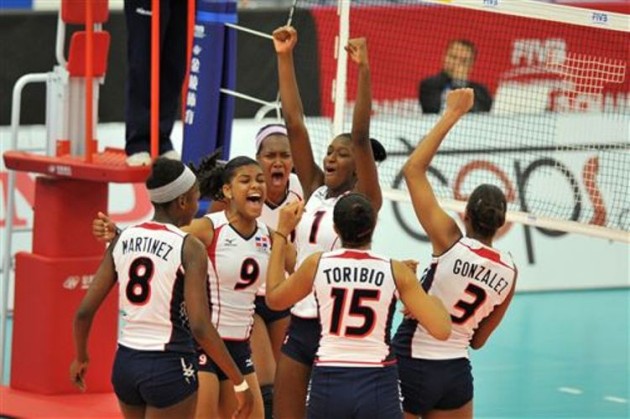 One set down, the Caribbean came from behind to get their ticket for Friday’s quarterfinals. The Dominicans will take on Italy in the round of the best eight teams.

The Dominican had 18 block winners, Colombia only ten.

The Pool A winner experienced a hard time in the early stages of the match (20-25).

The Caribbean turned the tables with sharp spikes and improved passing. Even though the Colombians did their best to stay in touch with their contenders, they could not cope with the athletic kills and power of the Dominicans.

Gonzalez ended the 80-minute clash with a blistering winner from the left side.

Best scorer of the hard-fought match was Gaila Ceneida Gonzalez for the Dominican Republic. The sixteen-year old Caribbean booked 21 points for her squad while young mother Danna Escobar scored 18 times for Colombia.