The millions of FIVB Volleyball World League fans around the globe can look forward to a dramatic weekend. The penultimate week of the Intercontinental Round will determine the team from Pool C who will join hosts Argentina at the Finals. This and other volleyball news read on Worldofvolley.com. 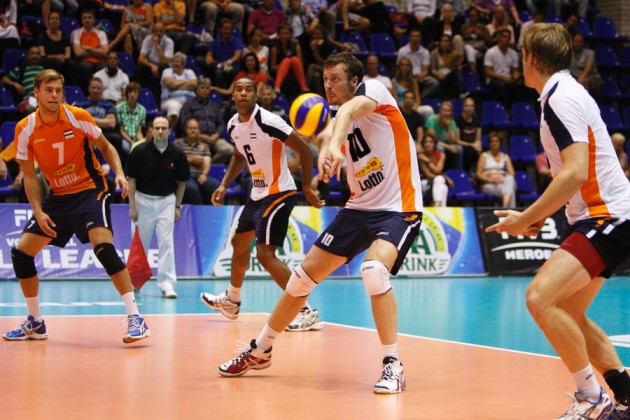 It all boils down to a battle at the top of the standings between the leaders the Netherlands (19 points) and the surprise package, Canada (18).

The North Americans travel to Osaka to face the Japanese, who are gradually re-emerging as a volleyball power. The Netherlands, making their return to the World League after three years, have what looks like the easier task against hosts Finland in the Tampere ice stadium. For the Dutch – Olympic champions and World League winners in 1996 – qualification for the Finals would represent their best result at the pinnacle of volleyball for over a decade.

Two tickets each for the Finals, which take place from July 17 to 21 in Mar del Plata will also be up for grabs in the remaining two groups. Unlike Pool C, they still have two weekends to play in the Intercontinental Rounds, with five of the six teams in each group still harbouring hopes of qualifying. This week’s top clash comes in Pool A, where record World League winners Brazil (13 points) welcome leaders Bulgaria (14) to the capital Brasilia. The South Americans were on the end of a surprise home defeat at the hands of France last weekend. “Our team is still finding its feet, which is why we are still seeing some fluctuations in our performance levels. However, we will do everything in our power to succeed,” said captain Bruno Rezende.

When the top two teams in the group go head to head, defending champions Poland will be hoping to have the last laugh. Having opened their campaign with four defeats, the team featuring top spiker Bartosz Kurek began its comeback with two victories against Argentina. Katowice and Wroclaw will now host a repeat of last year’s final between Poland (8 points) and USA (11). Just over a year ago, Poland won emphatically 3-0 to claim its first World League title. Despite this, coach Andrea Anastasi remains cautious: “USA has a fantastic team, but we will fight to the end for a ticket to the finals.” Another nation with a mathematical chance of qualifying for the Finals is France (10), who conclude their Intercontinental Round campaign with away matches in Argentina this weekend. The remaining teams will still have another week to pick up valuable points, with the final round of matches including two crackers between Brazil and USA, and Bulgaria and Poland.

The situation in Group B is similarly finely poised. Italy (17 points) lead the group, but the surprising home defeat against Iran has put them under pressure. The Italians now face a tough final match against a strong Serbian team (12). “The upcoming matches with Italy will be very tough to win, but I can promise that we will leave our hearts on the court in the city of Novi Sad,” said coach Igor Kolakovic. His Italian counterpart Mauro Berruto remains optimistic. “We enjoy being in first place in the group and we want to stay there.” In the second all-important duel, Germany (11), who like last year have been surprisingly strong, host Olympic champions Russia (16). “We have the honour of welcoming the gold medal winners from London to Germany. However, we will obviously be out to try to beat them,” said German coach Vital Heynen ahead of the games in Frankfurt am Main

His team – unlike rivals Italy, Russia and Serbia – will still have the seventh and final weekend of the Intercontinental Round to pick up points. However, the final match sees the Germans travel to Teheran to face Iran (7), who still have an outside chance of reaching the Finals. The World League debutants take on last-placed Cuba away from home this weekend.