Belgium qualified for the FIVB World Grand Prix, where they will make their historic debut in 2014. In today’s first semi final match in Varna, Belgium was able to knock out the team of Romania with a 3:0 victory. Els Vandesteene, Lise Van Hecke and Ioana Nemtanu were the top scorers. 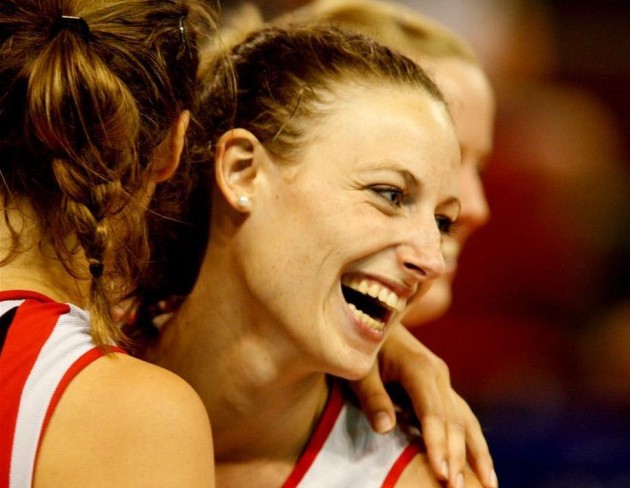 The first set was level through 6-6. After that managed to score a 5-point run with Els Vandesteene behind the serving line. Soon after, Romania was able to narrow the gap down to only one point at 12-11, but never completely caught up. With better reception and offense and almost no individual mistakes the Belgians were able to stay ahead through the rest of the set and close it at 21-16.

The following set was by far the most interesting one in the match. The Romanians were in control of the scoreboard almost throughout the set. Belgium recovered from an early Romanian lead to momentarily go ahead at 9-8, but a 7-point run with Diana-Ioana Calota serving gave the impression that her team was about to win this set. This seemed almost certain when the gap widened to 19-12, but head coach Gert Vande Broek’s team managed an incredible comeback to turn things around for the eventual 22-20.

This was a psychological blow for the Romanian team that it never recovered from. In the third set, Belgium was the dominant force on the court. It managed to break away early in the set and never looked back. Nina Coolman was the last to take its turn to serve. She aced for 20-15 to bring her team to a match point. Her next serve also gave the opponent some hard time and helped a double block by Angie Bland and Frauke Dirickx to finish off the match.

Els Vandesteene topped the scorers’ chart of the game with 13 points for the winning team. Her teammate Lise Van Hecke and Romania’s Ioana Nemtanu scored 11 points each.

Marian Constantin, head coach of Romania: ”Today was not our lucky day.  Congratulations to the team of Belgium who were clearly the better team. I hope that next year we can come back in even better shape.”

Gert Vande Broek, head coach of Belgium: ”I am very happy to have beaten the team of Romania for the first time and in such an important match. I believe that tomorrow we will do even better, because we have already achieved our goal to qualify for the World Grand Prix. I am waiting to see who our opponent for tomorrow will be, but I think our team is strong enough to win the final.”

Belgium’s opponent in Sunday’s final will be determined by the outcome of the second semi final in Varna today – between the teams of Bulgaria and Germany.