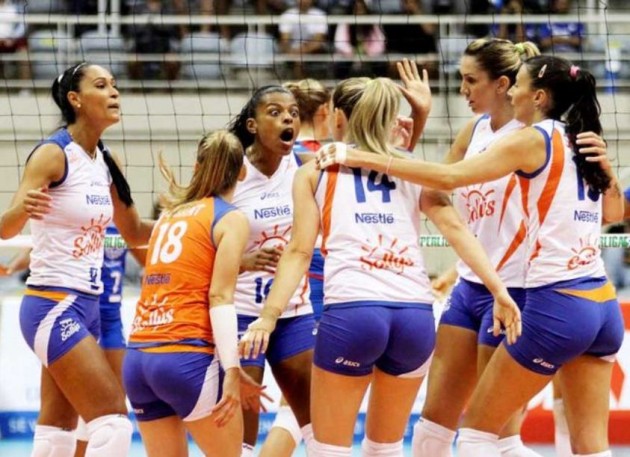 The official explanation is that the club doesn’t have a team to compete in the competition because many players are with the national team. Sheilla, Thaísa, Adenízia, Camila Brait and Fabiola are actually available to José Roberto Guimarães as well as Malagurski and Caterina Bosetti, and this fact disputes the finalist of the Paulista and Superliga.

Sesi and Volei Amil suffer from the same problems on a smaller scale, but will still play in the tournament.

The situation is even stranger when we realize that the tournament will happen in September.

Any tournament played in Brazil without the presence of OSASCO does not have the same prestige, even if it’s Copa São Paulo.

The tournament loses public and the competition is not as strong.