The Dominican Republic, winners of Pool C at home last year, is rated as the pre-tournament favorites to win the NORCECA Men’s Group K World Championship Qualification Tournament towards Poland 2014 in Tortola, the largest of the British Virgin Islands. 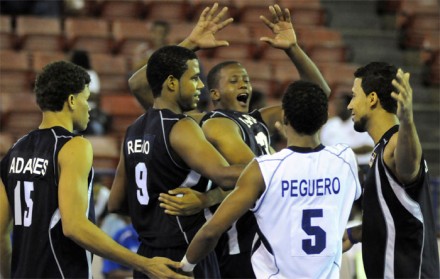 Panama and St Vincent & Grenadines, runner-ups in Pools G and B in El Salvador and St Lucia respectively, join hosts British Virgin Islands, third at home in Pool F, in the four-team competition to take place at the Road Town Sports Complex in Tortola during the weekend.

The NORCECA’s sixth ranked Dominicans dominated their pool winning all their four matches including the decisive one against Haiti in straight sets.

Teams will battle for one secure ticket to next year’s third and final round of qualifiers to be held in early 2014. The second placed side still have chance to get a pass to the third round but only as one of the four runner-ups teams of the six events of 2013 with the best ranking at the end of the year.

The competition schedule see teams playing double-headers on Saturday and another match on Sunday morning to conclude the preliminary phase. Then on Sunday evening the first and second place team will compete for top place and the third and fourth place will play a consolation match.

ECH M: “Slovenia never quite made it...