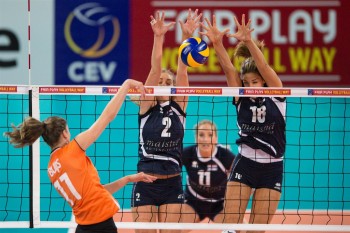 It was spectacular match in five matches and heroic win by Croatian girls. Two times Netherlands had a lead, 1:0, and 2:1, but brave girls from Croatia played their best game, probably in last few years and won a game.

Mira Topić was the best scorer in Croatia’s jersey, while Anne Buijs had 15 in Netherlands team.