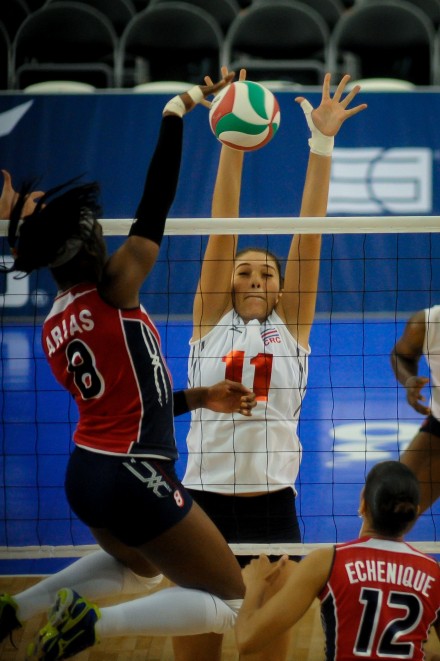 Dominican Republic Captain Bethania de La Cruz: “We started slow at the beginning, but then we got into a rhythm. It was a great way to start out the tournament. We have seen Costa Rica plenty of times in different tournaments. But it’s good to see them again and they did put up a fight.”

Dominican Republic Coach Marcos Kwiek: “I’m happy with the win. It’s about getting more points. The first set was a little rough. We made a lot of mistakes. We tried to clean things up and just win.”

Costa Rica Captain Angela Willis: “Compared to other tournaments that we have had and other games that we have played against the Dominican, I think we did good today. We were a little better in the defense and the passing. Of course we are very anxious and we want to do more than we can do right now. We need to practice a lot to be at their level.”

Costa Rica Coach Horacio Nestor: “I wish we could have played them closer. We did in the first and third set, but in the second we struggled. I’m not happy with that. It’s always tough (when a player is injured) because the players are worried about it and keep looking outside the court to see how the setter is doing.”