In another busy weekend of volleyball, the six-team lineup for the FIVB Men’s Grand Champions Cup will be complete, the European men will continue their battle for a place in the 2014 FIVB World Championship, and the much-anticipated premier FIVB Volleyball U23 Championships will debut. 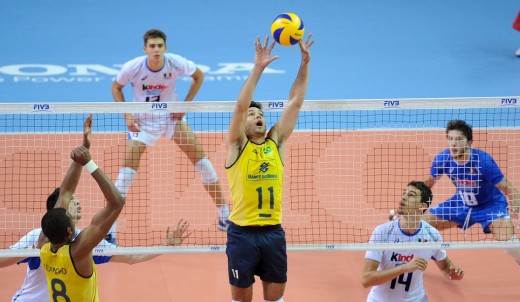 On Friday, the quarterfinals begin for the final Asian men’s spot in the FIVB Men’s Grand Champions Cup. Japan already claim semis spot after beating Thailand, followed by Iran vs. Libya, Australia vs. Korea, and China v India. The winning team will join Japan (hosts), Brazil, Russia, USA and the team selected by the FIVB/JVA/NTA in Men’s Grand Champions Cup in November.

Saturday is the big day for the underage women, when the first-ever FIVB Volleyball Women’s U23 Championship Open begin in Mexico. The event provides an important opportunity for the young players from the national teams, who are future stars and will potentially be competing with their national teams at the Olympic Games of Rio de Janeiro in 2016 and Tokyo 2020.

Argentina, Brazil, China, Cuba, Dominican Republic, Germany, Italy, Japan, Kenya, Mexico, Turkey and the USA are all participating in the premier women’s event. The tournaments will also serve as a test for two rules: the sets will be played to 21 points instead of the customary 25, and there will be an interval of 15 seconds between the referee’s whistle and the serve.

The underage men will begin their competition on Sunday in Brazil. The Men’s U23 World Championship Open will also test the same rules as the women’s tournament.

The FIVB U23 World Championships Open for men and women also provides another opportunity for age-group players to participate in an international tournament with the goal of reducing the gap between age-group and senior level volleyball.