There was a moment of real anguish last weekend in Belgium as Kristof Hoho – who plays for the likes of Noliko MAASEIK – collapsed on the Volleyball court after suffering a cardiac arrest. 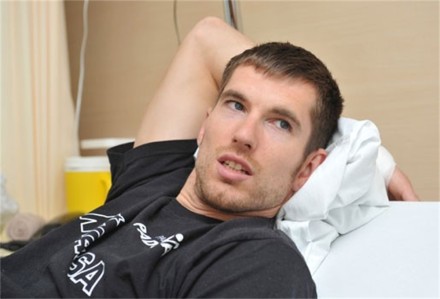 However, that anguish lasted only for a couple of minutes because Hoho got up shortly afterwards as if nothing had happened. This is due to the use of an implantable cardioverter – defibrillator (ICD), a small battery-powered electrical impulse generator that is implanted in patients who are at risk of sudden cardiac death due to ventricular fibrillation and ventricular tachycardia.

Hoho was playing Saturday night a very important game with Noliko’s arch-rivals, Knack ROESELARE, as he collapsed. The memory went back to the cardiac arrest he had suffered on August 21, 2009 in Padua, Italy, which was followed by twenty minutes of cardiopulmonary resuscitation before Hoho fell into coma. It did take some months before he recovered and the doctors gave him permission to resume his Volleyball career. This small device was then implanted with the goal to provide an electric shock if the heart stops working. It went just fine on Saturday evening but the doctors are very cautious as they say that sometimes it does not work as it should.

Actually this machine is not that new for it has already been used for about a decade. “These devices have become smaller and smaller and for the past four, five years many people have been working on these applications thereby improving their performances” says a Belgian cardiologist, Olivier De Coster, from the University Medical Centre Saint-Luc. “And anyway, people using that kind of technology shall undergo a regular check-up every six months to see if the battery is working well and it did not detect anything abnormal. When it does, it sends an electric shock so as to restore the heart rhythm and prevent from cardiac death.” 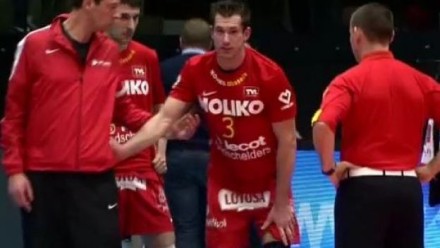