At a press conference held in Tokyo on Thursday, the Japan Volleyball Association (JVA) announced that Mr Masashi Nanbu will take over as coach of the Japan men’s national team. 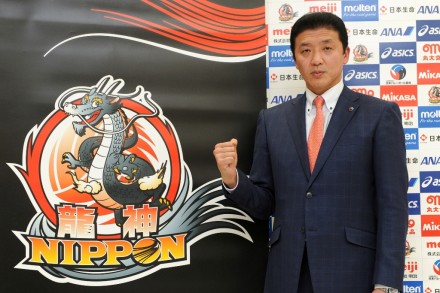 Nambu Masashi replaces Gary Sato, who was hired in February 2013 and was the first foreign coach of a Japanese national volleyball team.

It is hoped that Nanbu will turn around the Japan men’s team to make it one of the leading volleyball powers in the Asian region. The country lost all five of its FIVB World Grand Champions Cup matches last year and finished last in the event for the first time ever. Japan also failed to qualify for the FIVB Volleyball Men’s World Championship Poland 2014 for the first time since 1960.

The new coach brings a wealth of experience to his new position having led the Panasonic Panthers between 2007 and 2013 to three V Premier League titles, three Emperor’s Cup All-Japan Championships and four Kurowashiki All-Japan Tournaments. In 2010, Nambu Masashi led the team to the bronze medal in the Asian Men’s Club Volleyball Championship. And in 2013, the Panthers participated in the 2013 FIVB Men’s Club World Championship where they finished fifth.