Three-time Olympic champion Mireya Luis, who also won two FIVB World Championships, has been unanimously accepted as new member of the NORCECA Confederation Board of Administration. 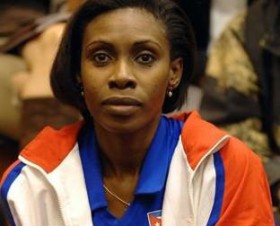 Proposed by the Cuban Volleyball Federation, which she currently serves as part of its beach volleyball department, the members of NORCECA accepted to include Luis in that organism of the institution for the period 2012-2016.

Nine other Cubans form part of the different commissions of the confederation, including two of them as presidents.

Cristobal Marte Hoffiz, FIVB First Executive Vice President and President of NORCECA, sent a greeting message to Luis expressing his satisfaction for all the contributions she can provide with her experience and dynamism.

She was also instrumental in the success attained by Cuba’s teams in many other international events such as FIVB World Cup, FIVB World Grand Prix, Pan American Games and Central American and Caribbean Games.

After her retirement, Luis was a member of the IOC Athletes Commission for the period 2000-08. She received the 2002 Mecenate Fair Play Award in Italy and in 2003 was elected to the Volleyball Hall of Fame in Holyoke, Massachusetts, United States.

Born in Camaguey, Luis was among the FIVB candidates together with compatriots Mercedes Perez and Regla Torres, to select the Best Female Player of the 20th Century, a distinction won by Torres.

Luis will be welcomed by her colleagues during the forthcoming Board of Administration meetings scheduled on April 19-23.