Haiti Volleyball Federation president Margarette C. Graham has said that volleyball has helped put the country onto the road to recovery following the devastating earthquakes that hit the region in 2010. 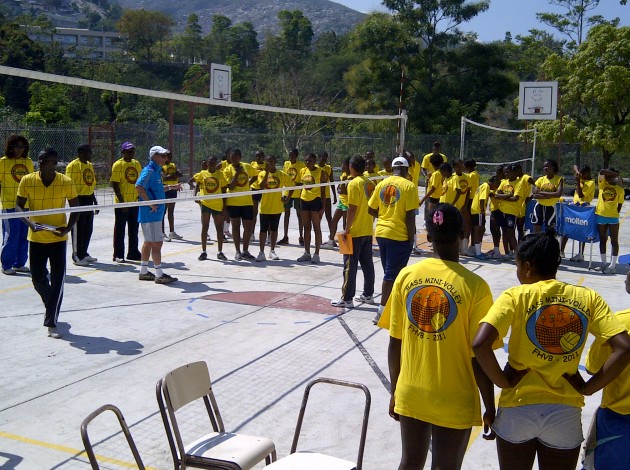 Over 220,000 people were killed in the disaster, with another 1.5 million made homeless according to UN sources.

However, since then the FIVB has held two Volleyball Cooperation Programmes in the country, while the national federation has used its youth and junior programme as a positive source of comfort for youngsters in the country.

FIVB instructor André Glaive of France, who visited the country in 2010, said he was impressed with the progress being made and in particular the federation’s plan to rebuild volleyball through schools.

“It’s always motivating to see a federation following  the project implemented successfully, but it’s also comforting to see that the FIVB support finds expression in the results in the development of the national volleyball,” Glaive said at a VCP Coaches Course in Haiti last June. “It’s important that this support will remain strong and go further.”

Glaive certified 31 new coaches during his stay and as a direct result, it is hoped that youth and junior teams will participate in the qualification process for the FIVB Volleyball Youth and Junior World Championships 2013 for the first time.

WOOOW: Leon, Ngapeth did you see this...