Last weekend, Cuyo held their first 2012 Region Volleyball Federations with the presence of authorities of San Juan, Mendoza and San Luis. The work of at the meeting had to do with Sport Organization, Mini-Volleyball and the 2012 competitions among other facts. 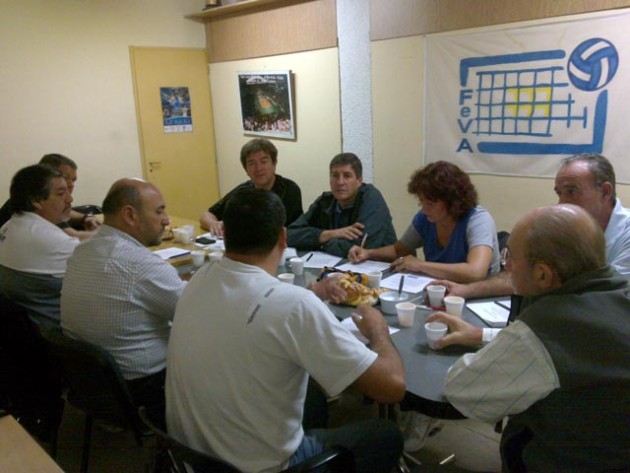 This first meeting took place at San Juan Volleyball Federation HQ inside Aldo Cantoni Stadium. At the event were its President Jaime Bergé; its Vice-President Juan Galeote and its Treasurer, Luis Zabaleta.

After the welcome of San Juan Federation and the presentation of the new San Luis authorities and each of the present delegates they started working pointing out the competition they will organize as region during this year.

Cuyo this year will organize the U 16 National Championship with Mendoza in charge of the girls’ teams and San Juan of the boys’. Also they settled that the Regional competitions will take place in San Juan – U 14; Mendoza – U 16 and San Luis – U 18.

ITA A1: Tied fight between Verona and Trento