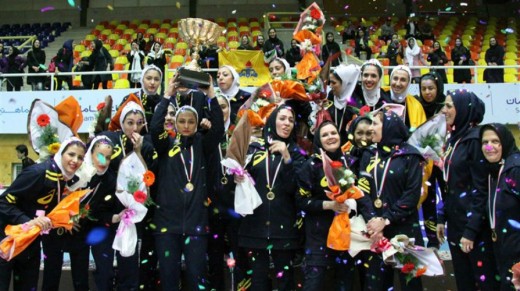 League debutants Azad took the bronze medal behind powerhouse Zob Ahan Esfahan, who were defending champions. Both teams finished on 29 points, three behind Gas. Eslamshahr was fourth, Babolsar was fifth, Sangtash sixth and Shahrdari Semenan bottom in the seven-team league.

Going into the final match, Azad University had 28 points to Gas’s 30 and could have won the title with a three-point victory.

“I’m glad we were able to take the title,” Gas coach Sima Sedighi said. “I think the top three teams were at a different level to the other four teams, but in the second half of the season all the teams raised their level. I am sure that in the next year the quality of our league will be better than this year.”

RUS M: Grozer – “I want to bring back the CL trophy to Belgorod”